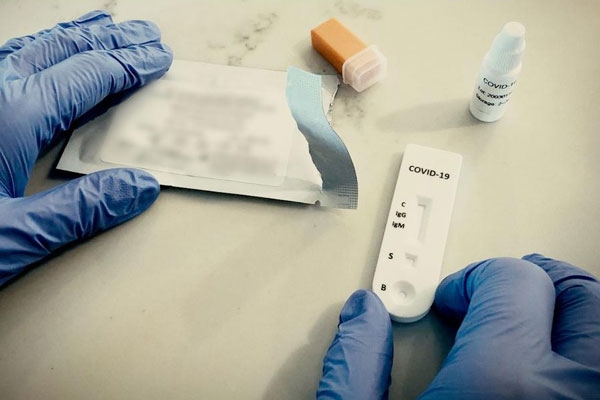 Monkeys Get Protection Against Coronavirus Through A Prototype Vaccine On Wednesday, researchers reported to have found a prototype vaccine protecting monkeys from coronavirus. Coronavirus vaccines are already being tested on people and the initial trials focus on safety more than the effectiveness.
https://www.wishesh.com/ 26 May, 2020 26 May, 2020

Monkeys Get Protection Against Coronavirus Through A Prototype VaccineTop Stories

On Wednesday, researchers reported to have found a prototype vaccine protecting monkeys from coronavirus. Coronavirus vaccines are already being tested on people and the initial trials focus on safety more than the effectiveness.

However, what was published on Wednesday showed more details on how the vaccine can be effective and measured.  The director of the Center for Infectious Diseases Research at Walter Reed Army Institute of Research, Dr Nelson Michael, said that he is convinced that there is a possibility of a vaccine.

Scientists are working all day to find a vaccine against the virus. Now, there are over 100 research projects launched. Safety trails of these have started in nine. After a while, they would find out whether all these vaccines are safe and effective or not. However, it will take a while for those results to arrive.

According to a report published in Science, during this time, a virologist, Dr Dan Barouch, at the Beth Israel Deaconess Medical Center in Boston and his colleagues have begun a series of experiments on monkeys to get a better understanding on how coronavirus affect monkey and the ability of the pathogens to fight against the virus.

Johnson and Johnson, is partnering with Barouch to develop a coronavirus vaccine. They are using a specially modified virus named Ad26.

According to Barouch, the new research in monkeys “lays the scientific foundations” to find a vaccine for the virus. Janssen Pharmaceuticals, a division of Johnson and Johnson, was awarded $450 million to develop a coronavirus vaccine.

In this experiment around 9 rhesus macaques were injected with coronavirus and the scientists studied if the monkeys got immune to the virus after falling ill.

Over the time, monkeys developed symptoms of COVID-19, this included inflammation in their lungs resulting in pneumonia. These monkeys started to recover in a few days and it was found that animals started to make antibodies for themselves.

Some of these antibodies could stop the virus from entering and multiplying. After inoculating monkeys for 35 days, the researchers tried tested this vaccine another time by spraying the second dose of coronavirus into the animal’s noses. A surge

Monkeys managed to produce neutralizing antibodies. In a small portion, this coronavirus infected the monkey’s noses and it was wiped out quick.

Overall, the virus getting wiped out doesn’t completely prove that a human can get immune to coronavirus. However, all the researchers who worked on this call it to be a positive move and encouraging.

Researchers feel that the entire lot of 7 billion people would have been at stake if this test didn’t show a positive difference when they tried it the second time.

Details Of The Experiment

Barouch and his colleagues understood that the prototype vaccines on rhesus macaques resulted in these monkeys recognizing the virus through their immune system. This immunity was built over time when these monkeys turned their DNA cells into viral proteins.

It is seen that both human and macaques have the ability to neutralize antibodies against coronavirus that entirely focuses on one protein covering the virus known as the spike protein.

Having studied it all, researchers came to understand that most of the vaccines are made with an intention to strengthen the immune system to make antibodies hook on to spike proteins for destroying the virus.

These researchers kept studying this vaccine in six variations.

1. Monkeys were allowed to build their immune system for three weeks and then the virus was sprayed in their nose. This could provide mild protection but not completely eliminate the virus.

2. The other vaccines worked better. One vaccine worked well with recognizing and attacking the spike protein of the coronavirus.

3. Virus failed to be detected in 8 monkeys.

4. This new report clearly shows how these vaccines have brought about an improvement in monkeys and the same difference would be witnessed in humans too.

5. It was found that some immune cells can easily recognize infected cells and entirely destroy them.

6. More number of neutralizing antibodies were produced in monkeys that received more protection.

A few researchers didn’t quite agree with the findings of the experiment.

Malcolm Martin said that monkeys and humans are different. The same symptoms were not seen in unvaccinated monkeys that were seen in humans who were infected by coronavirus.

Further, she concluded her point by stating that the immunity in the vaccine is not long-lasting. People would need the vaccine often to keep away from the virus. 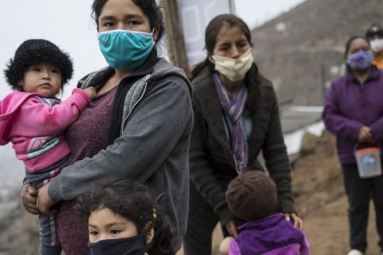