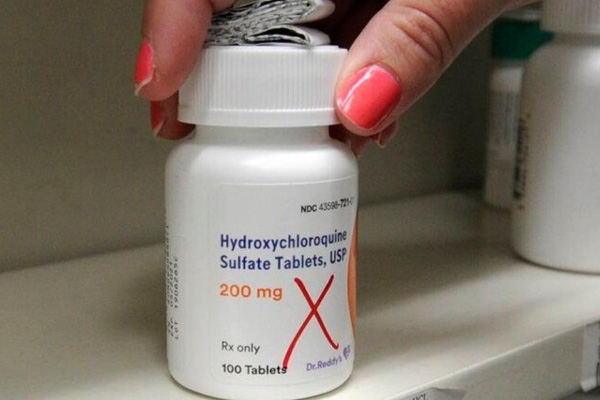 India To Supply Hydroxychloroquine To The Badly Hit Nations Due To Covid-19 Given that now is the time to come together in solidarity and fight this virus united, India has decided to supply the key drugs touted for the coronavirus treatment to the nations which have been badly hit.
https://www.wishesh.com/ 07 Apr, 2020 07 Apr, 2020

The entire is fighting a battle against the novel coronavirus, trying to tame it, contain it and possibly stop it as well. Given that now is the time to come together in solidarity and fight this virus united, India has decided to supply the key drugs touted for the coronavirus treatment to the nations which have been badly hit.

The reports came a few hours after the United States President Donald Trump’s comments surrounding retaliation when it came to stopping the export of the anti-malarial drug, Hydroxychloroquine.

Foreign Ministry spokesperson Anurag Srivastava stated saying that owing the grave crisis and enormity of the Covid-19 pandemic, India has focused on the prospects of maintaining solidarity with the international entities around.

Addressing the strong claims, Srivastava further said that in humanitarian prospects, India has decided that it would license paracetamol and Hydroxychloroquine exports to some of the neighbouring countries in designated quantities who are dependent on the same.

He further stated saying, “We will also be supplying these essential drugs to some nations who have been particularly badly affected by the pandemic. We would therefore discourage any speculation in this regard or any attempts to politicise the matter.”

In the press briefing that Donald Trump did from the White House on Monday suggesting possible “retaliation” in case India fails to abide by the export of the anti-malaria drug, the Indian government took this decision to support the countries during this time of crisis.

These remarks made by Donald Trump come around 2 weeks after India imposed a ban on the export of the drug as the researchers have been testing its impacts on the treatment of Covid-19.

Trump remarked saying, “I would be surprised if he (Prime Minister Narendra Modi) would, you know, because India does very well with the United States," Mr Trump said, asked whether he was worried about "retaliation to the US ban on export of medical goods.”

He further went on to say that he had a talk with PM Narendra Modi and that they had a good talk over the call discussing about the current scheme of events. Trump said that India has taken advantage of the United States for many years for trade, so it would be surprising if the same isn’t reciprocated, especially during such times. He then went on to talk about the possible retaliation, in case there are bans on the export of the medication.