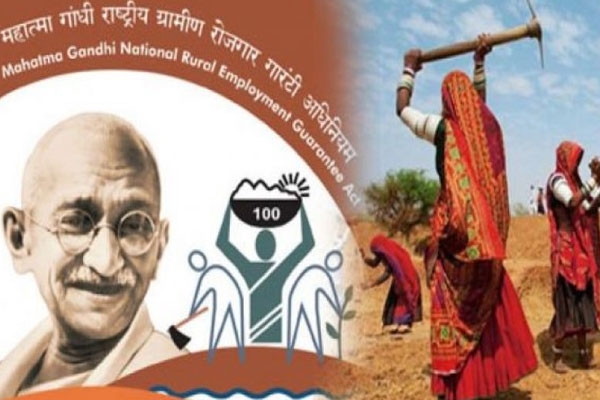 Mahatma Gandhi National Rural Employment Guarantee Scheme Achieve A High Job Demand The MGNREGS generated new records on the number of person-days of work generated and the households that have got benefits from this in the month of May.
https://www.wishesh.com/ 08 Jun, 2020 08 Jun, 2020

Since May, statistics has shown that more than 58,00,000 laborers have travelled to their native towns and villages after the coronavirus lockdown.

The MGNREGS generated new records on the number of person-days of work generated and the households that have got benefits from this in the month of May.

According to the Government data, last month, it was studied that around 417.7 million person-days of work increased up to 13% last year. This scheme was launched 15 years ago and the number of households increased the most last month by 31%.

The demand for jobs has increased in cities like Uttar Pradesh, Chhattisgarh, and Madhya Pradesh. Besides, it was noticed that many migrants returned to these states.

If there is such an impact on wages, the urban areas will suffer with getting labor for a reasonable price. They will have to spend lot of money on laborers to get their job done.

Indian Ratings Chief Economist, DK Pant, said, the rural wages will be depressed with too much supply of labor in rural areas and less laborers in urban areas will increase the cost of wages in cities.

“Excessive supply of lab our in rural areas will keep rural wages depressed while their shortage in urban areas will result in an increase in wage cost of these workers in cities.” He said.

This pressure of high wages will show up in the balance sheet of companies and in the long run there will be an impact on investments.

Looking at the demand right now, it would be challenging for the Government to keep up with the employment guarantee scheme in the long run. Professor of Jawaharlal Nehru University and rural expert Himanshu said that there are opportunities now but to get people and create assets in rural India would cost a bomb.

He believes that there will be a burden because of the increase in cost if workers remain for long and demand 100 days of work that is provided under the scheme.

Highest hourly salary in IT sector