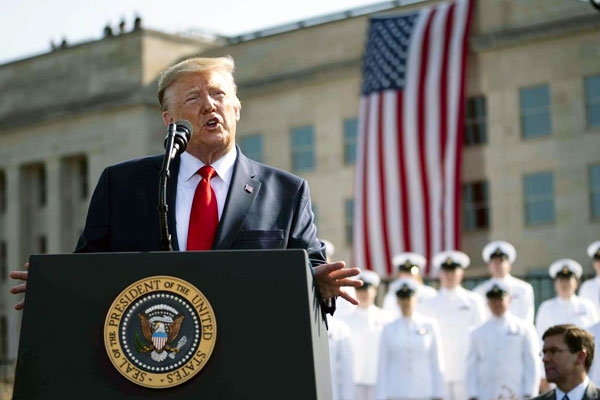 Trump Vows to Hit Afghanistan’s Taliban ‘Harder’ Than Ever The announcement comes after Trump canceled talks with Taliban over the weekend in retaliation for a bomb attack.
https://www.wishesh.com/ 12 Sep, 2019 12 Sep, 2019

Trump Vows to Hit Afghanistan’s Taliban ‘Harder’ Than Ever

Speaking at a Pentagon ceremony marking the 18th anniversary of the terrorist attacks that killed nearly 3,000 people, Trump said that over the last four days the U.S. forces have hit our enemy harder than they have ever been hit before and that will continue.

The announcement comes after Trump canceled peace talks with the Taliban over the weekend in retaliation for a bomb attack that killed one U.S. soldier early this week.
On Monday, Trump had declared that "over the last four days, we have been hitting our Enemy harder than at any time in the last ten years!" But U.S. troop levels in Afghanistan are just around 14,000 from about 100,000 in 2010.

Issuing threat against militants ever attacking the United States soil again, Trump, in his speech said the response would be unlike any ever seen before. "If for any reason, they come back to our country, we will go wherever they are, and use power, the likes of which the United States has never used before," he said. "I'm not even talking about nuclear power. They will never have seen anything like what will happen to them," he added.

On Saturday, Trump announced on Twitter that he'd been about to meet with Taliban leaders on Sunday at his Camp David presidential retreat.

Trump's sudden set back of that plan and decision to punish the Taliban for a bomb attack last week was followed by the lay off of his controversial national security advisor John Bolton on Tuesday. 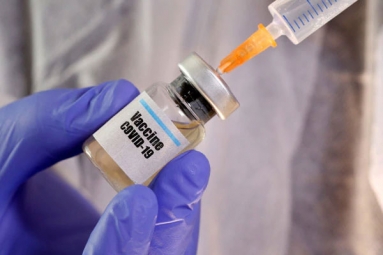