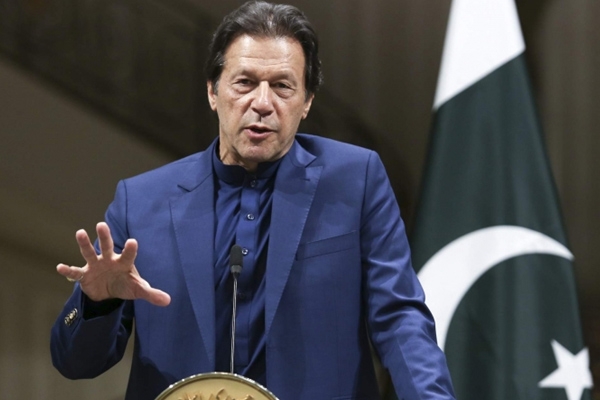 New National Intel Body Under ISI Chief To Be Formed By Pakistan On Tuesday, according to a media report, Pakistan Prime Minister Imran Khan has allowed setting up the National Intelligence Coordination Committee, a mechanism wherein two dozen intelligence organisations in the country would coordinate and be headed by the ISI chief.
https://wishesh.com/ 24 Nov, 2020 24 Nov, 2020

On Tuesday, according to a media report, Pakistan Prime Minister Imran Khan has allowed setting up the National Intelligence Coordination Committee, a mechanism wherein two dozen intelligence organisations in the country would coordinate and be headed by the ISI chief.

According to a senior security source from the Dawn newspaper, even though there have been discussions about the establishment of the coordination forum, terms of reference and modus operandi would be decided only once it formally takes shape.

Director general of the Inter-Services Intelligence (ISI) will lead the new body.

On this issue, the intelligence agencies have had at least two rounds of discussions. Then this proposal was submitted to the prime minister for approval.

As early as next week, the first meeting of the coordination body would be held.

Even the National Counter Terrorism Authority would be a part of the new structure.

The NICC would serve as a mechanism to coordinate with two dozen intelligence organisations in the country.

According to the report, this step would be a part of long-waited reform of the intelligence apparatus that would aim at clarifying the role of respective agencies, improving their coordination and optimising their capabilities.

What the country learned during their fight against terrorism was that effective intelligence coordination was the weakest link in the entire effort.

Further, the report said that this resulted losing out on critical time and in some cases, the agencies couldn’t get together all the information available to them. This became a major hurdle to collective strategizing.

As per a leaked version of Abbottabad Commission’s report, the commission while noting the absence of civil-military intelligence coordination mechanism, had proposed establishment of an agency on the lines of the US Department of Homeland Security to unite the working of main spy agencies in the country.

This Commission was set up to investigate the circumstances linked with the killing of elusive Al Qaeda chief Osama bin Laden in a US raid on a compound in the garrison city of Abbottabad in 2011.

Even though the report has not been officially declassified, 32 wide-ranging recommendations to address the issues identified during the course of its investigation was made.

Subsequently, intel co-ordination was one that was made by key civilian and military functionaries on the basis of testimonies.

Earlier, to develop this co-ordination, there were many attempts made. Now, there’s a scope of progress after the differences over the leadership of the new body has been settled.

On July 26, 2008, the Peoples Party government notified the placement of ISI and Intelligence Bureau of Pakistan under the “administrative, financial, and operational control" of the Interior Ministry.

However, this decision was reversed within 24 hours because of strong reservations made by one of the organisations.

The report even stated that the same efforts were made evn during the Pakistan Muslim League-Nawaz government, when Chaudhry Nisar Ali Khan headed the interior ministry.