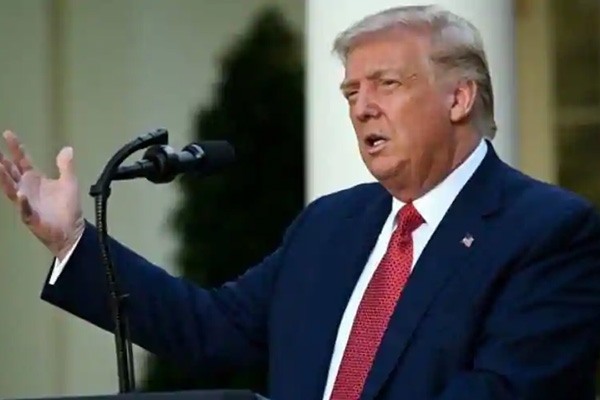 After India’s Boycott China movement, US has closed Chinese Embassy in Houston and says more is possible: The United States Department of State has closed down a Consulate of China in Houston on the grounds of Protecting Intellectual property of the country and the Presidents say this closure will not be the only one, there could be more in the future.
https://www.wishesh.com/ 24 Jul, 2020 24 Jul, 2020

After India’s Boycott China movement, US has closed Chinese Embassy in Houston and says more is possible:

After India’s Boycott China movement, US has closed Chinese Embassy in Houston and says more is possible:Top Stories

The United States Department of State has closed down a Consulate of China in Houston on the grounds of Protecting Intellectual property of the country and the Presidents say this closure will not be the only one, there could be more in the future. Trump in one of his interactions with the press has said that there could be more closures in the future and Beijing is calling this move a political provocation because of the coming elections in the country.

The war with China seems to not be ending between many big countries. First it was the India-China war which triggered more than 1 Billion people around the world where the Chinese troops killed 20 Indian soldiers. After which India started a Boycott China movement by banning 59 of the China based apps including the big ones like TikTok which had more than 200 million Indian users.

Then it was the coronavirus which was the tip of the ice berg for most nations including India and United States of America. The virus which has become a pandemic now was first originated in Wuhan city of China. People and industries have been moving out of China to establish manufacturing and industrial units in countries like Vietnam, Taiwan and India.

Recently USA ordered the closing of Chinese Embassy from the state of Houston on the ground of the protection of Intellectual Property of the people in America.

Morgan Ortagus who is the spokesperson of the particular happening and of US state department said that according to a particular Vienna Convention Houston cannot interfere in this matter as it is an internal affair.

Just like India USA is also talking about the privacy and National security of the country by closing down the Chinese consulate saying that the country would in no way tolerate violations of the US law of sovereignty and intimidation of Americans. They compared this to the PRC’s unfair trade practices, theft of American jobs and other intolerable behavior by the Chinese government.

"We have directed the closure of PRC Consulate General Houston, in order to protect American intellectual property and Americans' private information," she said, without giving any more details.

India and China has been in a trade war since 2018 and now the tensions are just rising. This move looks like a result of the soaring tensions. US government has been supporting India, Tibet, Hong Kong and many other countries with the war against China and has been putting pressure on China on all these and a lot more issues.

The United States government has also said that this will not be the first one to be closed down. Washington had ordered the closure of the Chinese embassy in Houston.

Recently there was a report which read that few Chinese hackers are hacking the research and data of people around the world who are developing vaccine for the novel coronavirus. These hackers are said to have a connection with the Chinese government and USA is not going to tolerate this behavior. These hackers have said to stole hundreds of dollar worth of intellectual data and trade secrets from companies around the world and the move by the United States looks like a retaliation to their injustice.

The United States of America has total 6 Chinese diplomatic missions including the one in Washington, DC. The issues between both the nations started from the Coronavirus outbreak where Donald Trump was not happy with the pandemic and started calling the coronavirus the Chinese virus. After this came the Hong Kong law and then the Muslims and then the Tibet. The list just kept piling up and after the hackers stealing information from not just the US but also around the world it was the tip of the ice berg.

The move by the Trump administration to shut down the Chinese Consulate in Houston has been appreciated not just in the USA but also all around the world. With this new fire between China and other leading countries like India, USA, Japan and many more people have started a boycott China movement and it is spreading like a wildfire. The American lawmakers have also appreciated the move made by the Trump administration.

The 6 states where China Consulate offices are present are New York, Los Angeles, San Francisco, Chicago and Washington DC. One was in Houston too but now that is closed down by the US government.

Trump believes in fairness and reciprocity between China and United States relations says that spokesperson and this is looking like a retaliation move by the government after the Chinese hackers stole trade secrets and important information. .