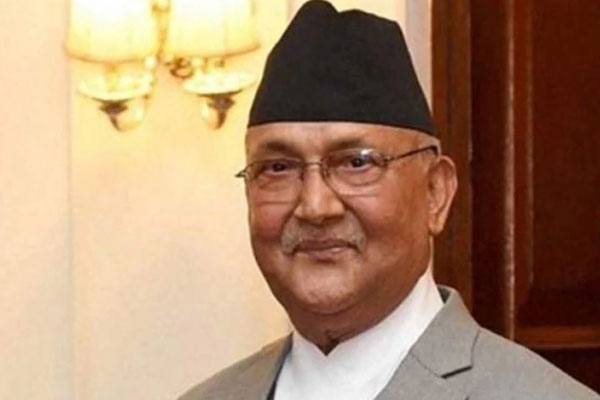 Nepal PM claims that Lord Ram was a Nepali, and Ayodhya is a fake setup KP Sharma Oli who is the Prime Minister of Nepal claims that Hindu deity Lord Ram is from Nepal and India set-up a fake Ayodhya.
https://www.wishesh.com/ 14 Jul, 2020 14 Jul, 2020

Nepal PM claims that Lord Ram was a Nepali, and Ayodhya is a fake setupTop Stories

KP Sharma Oli who is the Prime Minister of Nepal claims that Hindu deity Lord Ram is from Nepal and India set-up a fake Ayodhya.

Nepal has been consistently plotting against India. It looks like by speaking against India, Nepal is going to impress China. The cold-war which started with map fixing when Nepal claimed that the India Land belongs to Nepal. Not just that, Nepal also went on to banning Indian TV channels; Nepal has been desperately rubbing India in the wrong way.

Prime Minister KP Sharma Oli has been trying it all; it looks like this is a desperate moment to impress China because of the India and China clash. Now this rubbing of India by Nepal has gone to another level when the Prime Minister of Nepal is claiming that Lord Ram was a Nepali and not an Indian and also that India had set-up a fake Ayodhya.

Ayodhya which is the birthplace of Lord Ram is a city located in the Indian state of Uttar Pradesh but here Nepal has been misleading the world with 'alternative history' trick. This is not the first time when alternative history has been taken out in political agendas and looks like Nepal is learning from the Chinese Playbook which are the best in the market to use alternative history tricks for their own political agendas. Nepal is following the same path which China follows and looks like Nepal wants to tell it to the entire world.

Nepal started this by banning the media and later it suppressed free press and later it questioned an age old status quo just for publicity and also to divert attention from crisis at home. Nepal has also accused the Indian media for unfair and false news and spreading fake rumours. Due to which Nepal banned private Indian channels on the 9th of July.

This looks like the retaliation to the ban of Chinese apps in India and as clearly Nepal has been trying to impress India. The government of KP Sharma Oli confirmed the news of the ban of the television channels over the weekend adding that the ban will be in place till Indian channels change their approach towards reporting of news.

All of this is to get points by China and to get noticed by China which may work but looks like it is already diminishing as people have come out in protests demanding accountability. All of this is happening in Kathmandu, this is happening at the time when the prime minister is struggling to keep his chair. There's no political resolution and now Nepal's Supreme Court has entered the picture. Looks like the Supreme Court of Nepal alsowants to ask the Nepali government some questions regarding India and the foreign employment structure with India. Supreme Court issued a notice to the government which asks just a simple question. The notice asks the government on to-why are Nepalese Working in India not included in the foreign employment category?

Nepal's foreign employment act of 2007 rules out discrimination based on the country of employment but Unlike the Nepalese working in other countries, those working in India do not need labour permits or insurance for that matter.

India has also never really treated Nepalese workers as foreigners. There are close to 8 million of Nepalese citizens working in India. They have access to an open border, need no visa or work permit and this situation is clearly in favour of Nepal. This just does not stand for the people of Nepal, but also the government which did not have to provide compensation or financial support to its citizens working in India.

But after a petition was filed regarding the same issue by the forum of national building Nepal, the court sent a notice to the government and the government hasn’t replied on commented on the matter yet. Looks like the Nepalese Government is busy between the breaches that are happening in the own country with the opposition.. There are two sides. One led by prime minister-- KP Sharma Oli, the other by the party's co-chair Pushpa Kamal Dahal.