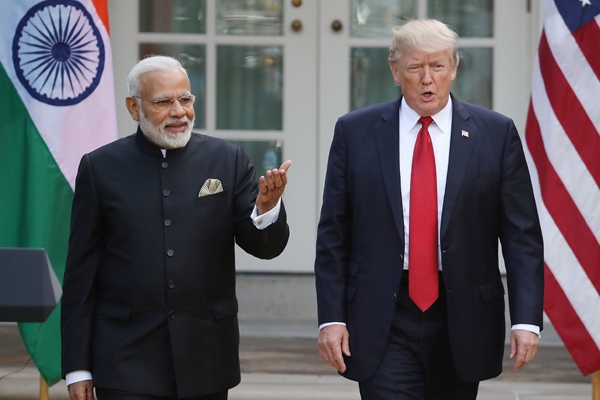 India is known for their pharmaceutical industry and is also the largest producer of the anti-malaria drug, hydroxychloroquine, which has been touted as one of the best treatment options as of now for the treatment of Covid-19.

While India has imposed export bans on the drugs to ensure sufficient drug availability for the country, it was forced to lift the ban partially after threats of retaliation from the U.S Government.

With the export process of the hydroxychloroquine on the way, President Donald Trump has appreciated the “terrific” efforts made by PM Narendra Modi in such a short time and with so much crisis around.

Trump said that India’s help during such hard and crucial times “will not be forgotten”.

The export ban was lifted by Modi after he had a talk with Donald Trump over the phone last week. Owing to the necessities, three Gujarat based companies are going to be responsible for exporting these drugs to the U.S.

In a press conference, President Donald Trump stated saying, “I want to thank Prime Minister Modi of India for allowing us to have what we requested for the problem that arose and he was terrific. We will remember it.”

Trump even took to twitter to share out his thoughts tweeting, “Thank you, Prime Minister for your strong leadership in helping not just India, but humanity, in this fight!"

Extraordinary times require even closer cooperation between friends. Thank you India and the Indian people for the decision on HCQ. Will not be forgotten! Thank you Prime Minister @NarendraModi for your strong leadership in helping not just India, but humanity, in this fight!

With the number of confirmed cased in the U.S increasing at an unprecedented rate, the scientists and researchers across the globe are fighting against time to stop the spread of this virus and come up with a possible treatment option for it.

The use and efficacy of Hydroxychloroquine has been identified by FDA as a possible treatment option, especially because of the kind of impacts it has had in the recovery process.

The same is being tested out on over 1500 patients in New York to see whether or not the same can help improve their condition for the better.

With the initial positive results from the drug, Trump is assured that the drug is the “game changer” that they need to eradicate the impacts of the virus. He has also ordered over 29 million doses of the drug for the potential treatment of Covid-19 infected patients.

India is responsible for 70% of the world’s stock of hydroxychloroquine. It produces over 40 tonnes of the drug every single month, as per the reports from the Indian Pharmaceutical Alliance.

The Indian-American community has welcomed India’s gesture in treating humanity first in this time of crisis and supplying the necessary amount of the drug that is needed to possibly save lives.

As per the statistical reports from the John Hopkins University, U.S currently has over 468,000 confirmed cases with over 16,000 reported deaths.