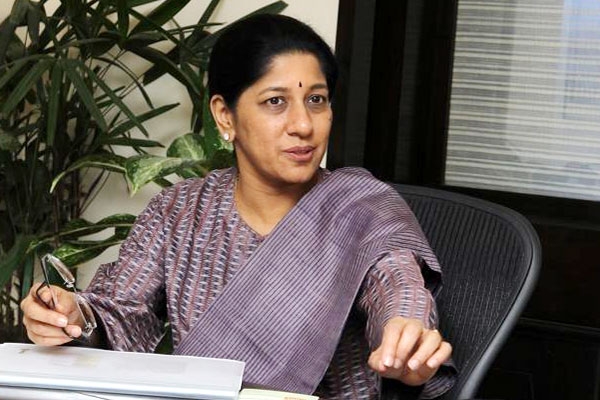 The chairman of Tractors and Farm Equipment Limited(TAFE), Mallika Srinivasan has been appointed to global board of the US Chamber of Commerce’s U.S.-India Business Council(USIBC).

She has joined a list of CEOs and executives on USIBC’s 35-member board, the company stated.

On her inaugural to the board of USIBC, Mallika Srinivasan said that, she looks forward in engaging in the initiatives taken by USIBC for an eco-system which is promoting strong economic partnership between India and the US just the way TAFE believes in stronger economic cooperation between America and India, focusing on the mechanization and agricultural development.

“With TAFE’s demonstrated belief in the benefits of a stronger economic cooperation between American and Indian corporates and our focus on mechanization and agricultural development, I look forward to the opportunity of engaging effectively in USIBC’s initiatives towards a continuously strengthening eco-system that promotes stronger economic partnership between India and the US,” said Mallika Srinivasan on her induction to the board of USIBC.

Along with Mallika Srinivasan, Shekar Ayyar from VMware, RajanNavani from Jetline Group of Companies and David Taghi from Library Pictures International were also appointed to the Global board of USIBC.

The US - India Business Council (USIBC) that was formed at the request of the governments of the US and India in 1975 represents the top global companies which are operating across India and the US. USIBC creates connections between the business and governments in the US as well as India and is serving as the voice of industry.

USIBC supports the inclusive growth in trade and investment relations between the United States and India. It works to identify, advance and advocate key policy priorities.