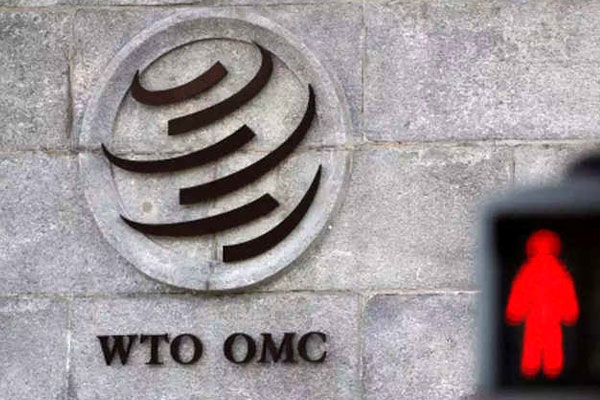 India and six others stands against the restrictions on service trade, workers’ movement. India has teamed up with South africa, Sri Lanka, Tunisia and Zimbabwe to object to the US’ move of erecting barriers to services trade and cross-border movement.
https://www.wishesh.com/ 06 Dec, 2019 06 Dec, 2019

India and six others stand against the restrictions on service trade, workers’ movement

India and six others stand against the restrictions on service trade, workers’ movementTop Stories

India led seven countries at the World Trade Organisation(WTO) in order to object some nations which are trying to construct barriers to the services trade and cross barrier movements through qualification and licensing requirements and technical standards. India joins South Africa, Sri Lanka,Tunisia and Zimbabwe in rasing the objections to the disciplines being build around the requirements such as recognising the professional qualifications and professional domestic regulations in trade parlance wherein Ecuador and Venezuela joined in expressing their concern.

They said that some members in th 59 countries of WTO were trying to “establish a competing and parallel mechanism to pursue and achieve the same objectives without the consent of the entire membership.” The joint initiative which has proposed rules for services suppliers which included the ones related to gender and seeks to encourge recognition dialogue between the professional bodies of “relevent” WTO members included The European Union, China, Australia, Japan, Korea and Russia.

The wake of the US, the EU, Canada and Australia is being assumed in erecting barriers through domestic regulation conditions in order to deny the market access to short-term service providers from India under the Mode 4 of General Agreement on Trade in Services.

One among the 4 ways through which services can be supplied internationally is Mode 4 which includes movement of independent professionals and is of key interest to India.The group of opposing countries said, “ the Working Party on Domestic Regulation (WPDR) was established in 1999 in order to put those disciplines in place” when they were asked about the competence of the joint initiative.

As told by India, the proposal does not include any of the commercially significant disciplines in the area of Mode 4 and more specifically on qualification requirements and procedures, all of which were integral part of the earlier work done in the WPDR.

A plurilateral on services domestic regulation at the last ministerial conference in Buenos Aires in 2017 was formed by a group of 35 WTO members and is trying to get specific commitments at the next ministerial conference in Kazakhstan next year. A Delhi based expert said that, “These rules and the way they are being sought to be put in place, are against the multilateral rules based system and will tie the hands of developing countries, most of which are service economies.”