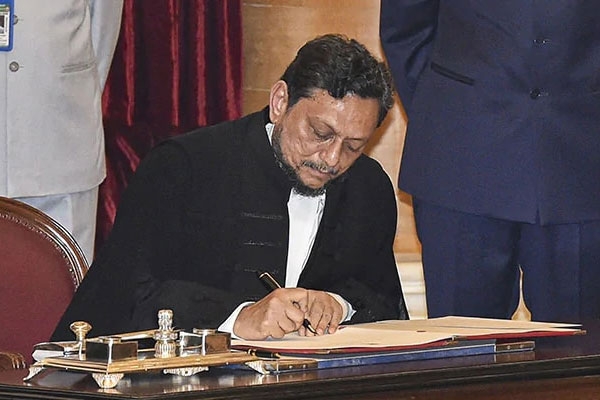 On 18th November, Sharad Arvind Bobde swore as the 47th Chief Justice Of India, he has been the Chief Justice of Madhya Pradesh and made significant decisions.

He will be the Chief Justice until April 2021 and retire. President Ramnath Kovind administered this oath to Bobde and Gogoi, the 46th Chief justice recommended his name to succeed him.

Bobde started off as a Senior Advocate in 1998 and he worked under the Nagpur Bench in the Bombay High Court for 21 years. In 2012, he became the Chief Justice of Madhya Pradesh High Court and in 2013 he became the judge of the Supreme Court.

Besides, he was on the bench of 5 Judges and decided on the Verdict of the Ayodhya case. He was a part of the three-member bench in the year 2015 that focused on no Indian will be denied basic services and Government services without an aadhaar card.

During his tenure, he will need to look into uncommon issues with regards to Indian politics and legal system

No 1 - CJI will have to sort out issues between religious beliefs and fundamental rights.

Talking of which, the CJI will have to set up a 7-member bench that can decide about the Sabrimala case. CJI will have to give the “definition of legal age for marriage according to Islamic law” and a few more cases.

Hearing on the Maratha reservation case will be looked into by the CJI in the first week of its tenure. Here the CJI will need to take a decision for the backward and minority classes.

No 3 - Decision on Section 6A of the Citizenship Act

The Supreme court needs to decide if religious minorities from Pakistan, Afghanistan, and Bangladesh would get Indian Citizenship or not.

No 4 - Judgement on the definition of ‘Money Bill’

The new CJI will need to look into this issue of what characterizes a ‘Money Bill’. This was brought up by the five-judge Constitution bench.