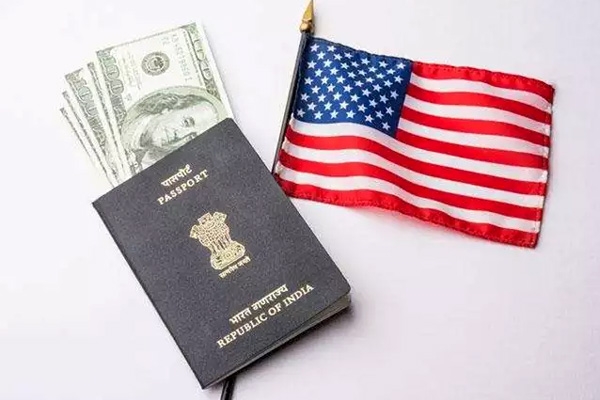 Information Technology firms Cognizant, Tata Consultancy Services, and Infosys have seen the highest rejection in the extension of H-1B work visas during 2018 as the Trump administration tightened procedures for the grant of these visas, a move that is seen to have favored American technology firms over Indian IT services firms.

India’s top IT services firms - Infosys and TCS were among those most affected. Bangalore-based Infosys had 2,042 rejections followed by TCS with 1,744 rejections, according to the analysis of the H-1B data by Centre for Immigration Studies, the United States think tank.

Cognizant saw 3,548 rejections of H-1B visas in the year, the highest for any company. Headquartered in the U.S., the company follows the global delivery model of Indian IT services companies with a majority of its workforce staffed in India.

Six outsourcing companies - TCS, Infosys, Wipro, Cognizant and the U.S. arms of Tech Mahindra and HCL Technologies accounted for nearly two-thirds of the rejection of extensions for the top 30 companies, the think tank said analyzing the U.S. Citizenship and Immigration Service (USCIS) data.

The H-1B visas, the work permit used by the majority of technology professionals, is initially given for three years with an opportunity to extend for a similar term.

The major U.S.-based firms, such as Microsoft, Amazon, and Apple, increased their H-1B workforces during the year, while net reductions were imposed on the big Indian outsourcing firms, such as Cognizant, Tata, and Infosys, the think tank said in its study on March 6.

Experts are of the view that “increased scrutiny or adjudicatory standards” for Indian IT services companies could impact the growth of businesses especially at a time when Indian IT firms have drastically reduced fresh H-1B work petitions.

Shivendra Singh, Head of Global Trade Development at National Association of Software and Services Companies, the software lobby, said, “there are data points that say there is a skill shortage in the U.S. If there is a challenge to the process of bridging the gap then it is going to impact the competitiveness of the economy. That is something we have been highlighting for some time.”

In January, the U.S. introduced a new rule effective April that will include work visa petitions of U.S. advanced degree holders for the lottery of the first 65,000 caps of H-1B visas. This would favor U.S. companies looking for Indian talent over Indian IT services companies that largely employ those holding a bachelor’s degree.

An April 2018 study by the National Foundation for American Policy, a U.S. think tank, said Amazon, Microsoft, Intel, and Google were among the top 10 employers who got H-1B visa for employees in 2017. These companies, which usually pay higher salaries than the Indian ones, attract more high-skilled talent.

In contrast, the top seven Indian IT services firms saw a drop in visas to 8,468 in 2017 from 14,792 in 2015. Indian firms have complained about increased rejections of their visa applications earlier this year.

“I do not think it is targeted at certain companies or any nation,” said Poorvi Chothani, Managing Partner, LawQuest, a global immigration and employment law firm.

“The USCIS in October 2017 had instructed its officers to conduct the same level of review for extension of non-immigration visas similar to that of new petitions and the rejections could have gone up because of this,” said Chothani.

She also pointed out that some of the rejections may also be influenced by the current administration's Buy American Hire America diktat conceding, however “that it is hard to determine.”

This trend of U.S. favoring U.S. companies over Indian ones is not a new phenomenon according to outsourcing industry experts.

“Protectionism happens without making any policy changes to favor their own companies. This slant is not unusual. This has happened under President (Barack) Obama, not just under (Donald) Trump,” said Sid Pai, founder of Siana Capital, who has led outsourcing deals of over $ 20 billion in the past. “It is not just in the U.S., even Singapore and Australia have this slant to support their companies and their interest”.