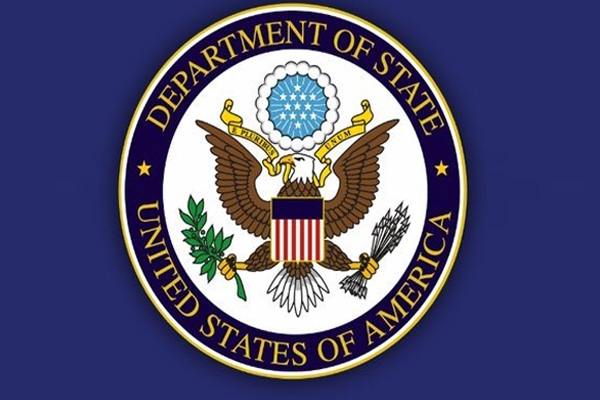 United States Department of state strongly condemns the one the deadliest terror attack in Pulwama area of the Jammu & Kashmir.

According to reports, US Department of State said, “US condemns in the strongest terms the terrorist attack today on an Indian Central Reserved Police Force convoy in the Indian State of Jammu and Kashmir.”

“We extend our deepest condolences to the victims and their families, and wish a speedy recovery to those injured.”

“United states is resolutely commited to working with the Indian government to combat terrorism in all its forms.”

“We call on all countries to uphold their responsibilities pursuant to Unites Nations Security Council resolutions to deny safe haven and suppot for terrorists,” ANI reported.

US Department of State: US condemns in the strongest terms the terrorist attack today on an Indian CRPF convoy in the Indian state of Jammu & Kashmir. We extend our deepest condolences to the victims & their families, & wish a speedy recovery to those injured.#PulwamaAttack (1/3) pic.twitter.com/tzeCbZzEsE

US Department of State: US is resolutely committed to working with the Indian govt to combat terrorism in all its forms. UN designated, Pakistan-based terrorist group Jaish-e-Muhammad has claimed responsibility for this heinous act. #PulwamaAttack (2/3)

US Department of State: We call on all countries to uphold their responsibilities pursuant to UN Security Council resolutions to deny safe haven and support for terrorists. #PulwamaAttack (3/3)

Atleast 44 CRPF personal martyred in one of the deadliest terror attack in Jammu & Kashmir in many years.

Prime Minister Narendra Modi expressing his condolences over the terror attack, tweeted, “Attack on CRPF personnel in Pulwama is despicable. I strongly condemn this dastardly attack. The sacrifices of our brave security personnel shall not go in vain. The entire nation stands shoulder to shoulder with the families of the brave martyrs. May the injured recover quickly.”

Union Home Minister Rajnath Singh said “The attack was carried out by Pakistan-backed Jaish-e-Mohammed. A strong reply will be given and I assure the people of the country this. The country pays tribute to the brave jawans who were martyred.”

He is expected to visit Srinagar today

“Attack on CRPF in #Pulwama, J&K is a cowardice & condemnable act of terrorists. Nation salutes martyred soldiers and we all stand united with families of martyrs. We pray for speedy recovery of the injured. Terrorists will be given unforgettable lesson for their heinous act,”Union Minister Jaitley tweeted.

According to the reports the terror attack took place around 3pm, when a Mahindra Scorpio, loaded with nearly 300kg of explosives rammed into a convoy of the security forces, leaving as many as 44 CRPF jawans dead, and many others injured.

Pakistan based terrorist group Jaish-e-Muhammad has claimed responsibility for the attack and has also identified the suicide bomber -Adil Dhar-who allegedly carried out the heinous terror attack.

Pulwana attack  US department of state