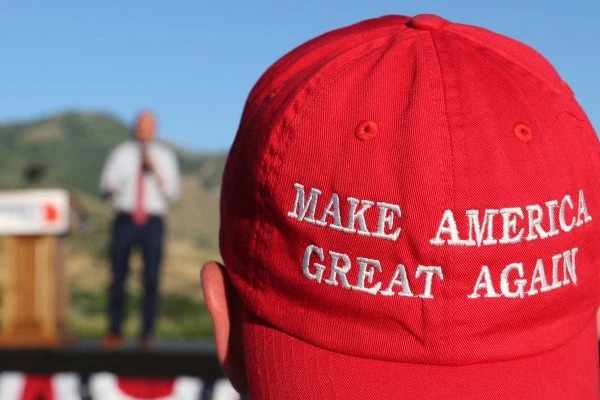 Iranian nationals are posing as MAGA-loving Twitter trolls in an endeavor to sow fear and spread hatred about Indian immigrants living in the United States, a report says.

"Indian ppl are stealing American graduates jobs," wrote one of the faux Trump supporters in a tweet earlier this month.

"Indians are doing their best to keep the silence!" another person said, using the Twitter handle @TedMaga. "Wake up USA!"

The Daily Caller's investigation unveiled numerous posts and usernames akin to these, which were all connected to the Iranian campaign against Indian immigrants.

The Iranian nationals have been working feverishly using Twitter and different chat groups, to defeat a recent amendment to the 2019 Homeland Security Appropriations Bill - allowing the per-country cap on employment-based green cards to be lifted.

The amendment is reportedly based on an earlier introduced bill, called H.R. 392, which had bipartisan support.

Since the collection of Indian workers waiting for green cards is notoriously large, the Iranians are distressed that they would be forced to wait several years for theirs, should the new amendment go through.

According to the report, they have been changing their names and online personas over the past two months in order to trick social media users into thinking they are Americans.

One person, for instance, went from "Ali A" on Twitter to "Allison" - and another from "Hossein" to "Hudson," according to the website.

With the use of Telegram, The Daily Caller managed to infiltrate Iranian chat groups and reportedly exposed the online campaign this month. They had an interaction with an administrator named "Nazbanoo" - who admitted to pushing the anti-Indian agenda, but claimed it was out of frustration and not personal hate.

Galore accounts on Twitter have been adorned with pictures of the American flag and different iconic symbols, such as the Statue of Liberty.

One Twitter user - posing as "Albert Pickens" - have been retweeting hateful messages regarding Indian immigrants including tweeting out the hashtags "#IndiaFirst" and "#MakeAmericaIndia."

"President Trump - The India mafia is walking all over Americans in their own country," read one post that Pickens retweeted. "Its only gotten worse yr by yr – Need strong measures to stop this!"

Few Iranians have as well been sending messages and letters to senators, and even the president, himself.