Why Modi government is not giving bytes to media?

Why Modi government is not giving bytes to media?Top Stories 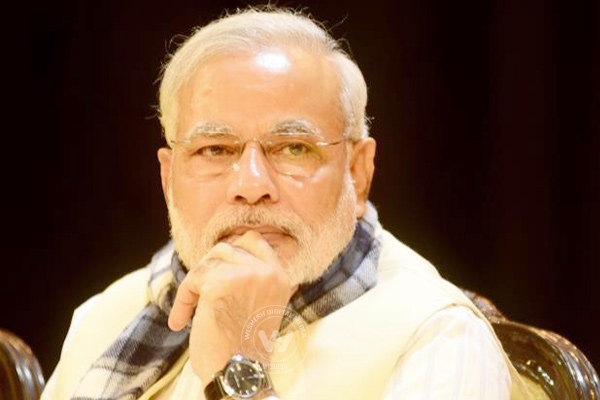 (Image source from: Why Modi government is not giving bytes to media?})

Have you been wondering of late that there are fewer news on what the Narendra Modi government or its various ministries are doing? Well you are not alone in this. Reports on government activities have indeed dried up as Prime Minister Narendra Modi and his men have almost stopped speaking to the media.

The BJP has scrapped daily briefing and the party keeps tab on who is speaking to the media by scanning newspapers eachday. It's seems like the Modi government is functioning silently.

PM Narendra Modi has no media advisor and secretaries of key ministries are not speaking. The Press Information Bureau (PIB) hardly has any information. BJP's daily briefing, which had been an important source of political beat for years, has been scrapped.

BJP has stopped giving byte. Even BJP spokespersons like Ravi Shakar Prasad, now law minister and Prakash Javedkar, now I & B minister have stopped talking to the media. Arun Jaitley, who sometimes spoke before TV cameras for almost the entire day is not seen any more. This has stunned Delhi's hardcore political journalists.

The BJP headquarters at 11, Ashoka Road, lie deserted today. Before May 26, it was the favourite haunt of OB vans, getting news bytes for prime time TV. BJP office-bearers, who were once accessible and friendly have literally "gone underground". And why?

According to a BJP worker, the party scans newspapers every morning to see who is speaking to the media and on what topic.

M J Akbar, BJP's new spokesperson has not given media briefing even once. Also he is nowhere to be seen. Even Subramaniam Swamy, who till recently sent regular tweets, often with weird allegations, seems to have lost interest in his favourite activity.

What is confounding is that Narendra Modi has no media adviser, even after 21 days of being sworn in as PM. Modi government has appointed Jagdish Thakkar, a Gujarat officer, as the PRO to the PMO. But Thakkar will not give press briefinglike Sanjay Baru or Pankaj Pachauri, according to a Gujarat daily.

Reports suggest that the 70-year-old official will probably bring crucial information to the the PM's attention, while pointing out negative reports.

Modi has given instructions to his ministers that they should not to speak to the media. The ministry spokesman or a government spokesman will handle the job, in case a particular ministry does not have a dedicated spokesman. All BJP MPs have been given warning that they could become a victim of a Bangaru Laxman-type sting.

Since May 26, only a few Union ministers have held a press conference. Soon after being sworn in the country's prime minister, Modi held a meeting in the Central Hall of Parliament with the BJP parliamentary party. At the meeting Mr. Modi issued certain guidelines, which was dubbed by Congress as "10 commandments". One of the guidelines was: "Avoid speaking to the media. There is no need to speak on national issues unnecessarily."

All BJP MPs got the message and when they walked out of the Central Hall, none of them gave bytes to the waiting media. Ever since then, the press has been able to interact with very few ministers. The press is clueless about what lies in the government's mind on various issues. If at all something is reported it's only a guess, at best a hazy idea. There has been only one meeting of the council of ministers so far.

All government briefings have been halted. The UPA government had a Group of Ministers (GoM) on Media that met daily at a fixed time for analysing the day's events. Now this GoM has been scrapped, so also the others.

Political journalists who had been on very good terms with BJP leaders for years are suddenly finding it difficult to even reach them. If they manage to meet them they refuse to speak on a certain issue, and give a comment - "cannot say anything".

It seems, the government has no media policy. Government websites, even the PMO is not yet updated. Scanning them is a waste of time. Even the PIB officials get to know about government activities on Twitter. The PMO tweets regularly and press statements are drafted from them. The importance of social media has already been underlined by Narendra Modi.