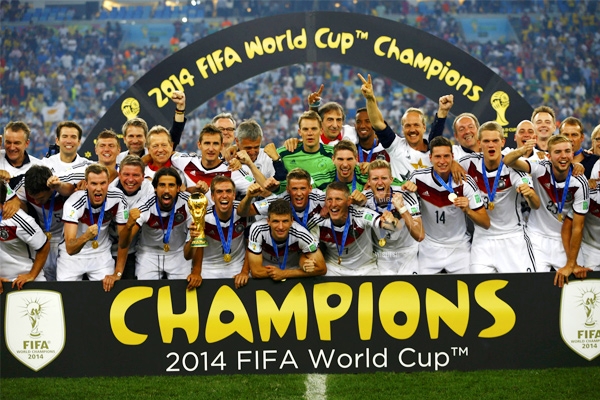 Moments after Germany defeated Argentina, a record 618,725 tweets were sent out per minute relating to the match. World Cup final match saw Germany defeat Argentina by a score of 1-0, during the extra time.

Sunday's final match in Rio De Janeiro saw the highest tweets, breaking Tuesday's record (580,166 tweets per minute) when Brazil was handed out a humiliating defeat by Germany, according to the Twitter Data account.

German player Mario Gotze's goal scored in extra time was the second most tweeted topic, with 556,499 tweets per minute. Also trending on Twitter was the presentation of the Golden Ball Award to Argentina's Lionel Messi and the Golden Glove Award to Germany's Manuel Neuer attracted 395,773 tweets per minute.

During the World Cup final match an estimated 32.1 million tweets were sent out. But the distinction for the most-discussed single sports game goes to the Brazil-Germany match (on Tuesday) with 35.6 million tweets.

Twitter also revealed data on the most-mentioned players during the game. For Germany, Gotze was at the top, followed by Neuer and Christoph Kramer.

While for Argentina, Messi was at No. 1, followed by Gonzalo Higuain and Javier Mascherano.