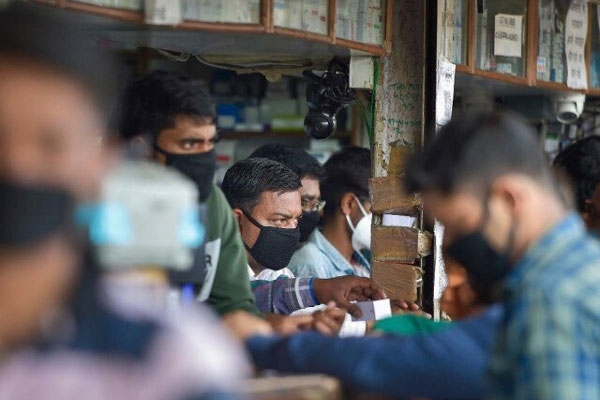 COVID-19: Number of cases in India rises to 31 The number of confirmed cases of being infected by the deadly coronavirus has been increased to 31 in India with the latest being a man from Delhi with a recent travel history to Thailand and Malaysia.
https://www.wishesh.com/ 06 Mar, 2020 06 Mar, 2020

COVID-19: Number of cases in India rises to 31Just In

The number of confirmed cases of being infected by the deadly coronavirus has been increased to 31 in India with the latest being a man from Delhi with a recent travel history to Thailand and Malaysia.

The number has shown a drastic increase when fourteen from a group of tourists from Italy have been tested positive for the deadly coronavirus.

It has been said that Iran would be operating special flights between Tehran and New Delhi in order to evacuate the passengers who have been stranded due to the outbreak of the deadly novel coronavirus.

An official in the Iran Embassy has said that special flights would be starting between the countries of Iran and India for the passengers who have stranded in Iran. He has added saying that the Indian passengers can be sent back to their home country only after getting a proper approval of the authority of India.

The government of Delhi has been pushed in deciding to shut the primary schools till the 31st of March due to the rise in number of cases being confirmed of being infected by the deadly coronavirus.

The visit of Prime Minister Narendra Modi to Brussels, Belgium which has been scheduled for the next week, for the India- European Union summit has also been postponed in order to stay safe from the deadly coronavirus which has been spreading at an alarming rate and to curb the virus from spreading.

Meanwhile, an emergency $8.3 billion spending bill have been passed by the US lawmakers in order to combat the coronavirus as the health workers have boarded a cruise ship which has been held off the coast of San Francisco for testing the sick passengers and the crew.

The deadly coronavirus which has been officially named as COVID-19 has been first identified in the Wuhan city of the Peoples Republic China and it has spread at an alarming rate across China and also across several nations claiming the lives of several thousands of people and infecting many more. The first case of death that was caused due to being infected by the deadly novel COVID-19 has been first recorded in Philippines.

Currently the deadly COVID-19 has infected 98,437 people around the globe and the number of deaths that have been caused due to the deadly novel COVID-19 has been recorded as 3,387.