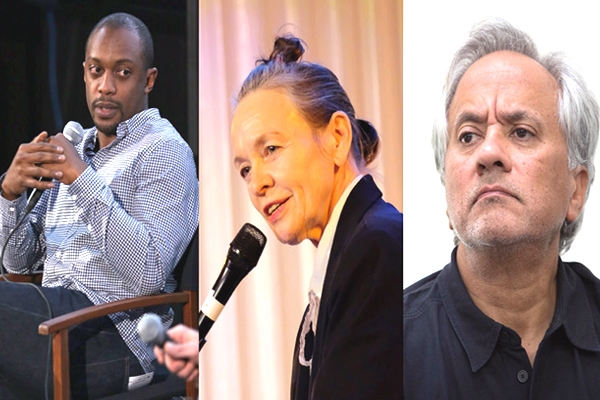 Renowned Indian-origin British sculptor is among two hundred artists, musicians and writers, who have joined a worldwide coalition against the rise of right-wing populism around the world.

62-year-old Anish Kapoor and other members of the creative arts have signed up to “Hands Off Our Revolution movement” which began its own website on Thursday (16th Feb). The aim of the group is to stage exhibitions and events that counter far right narratives.

Kapoor said that their art affirms humanity and they insist on inclusion of all and for all. The group calls for an action by people of good conscience to stand against the hateful policies of the governments that claims to represent everyone.

Adam Broomberg who is one of the driving forces in the project, said that the group aims to channel anger and explore “the possibility of envisaging a future they want to be in”.

The mission statement of the group said that they want to affirm the radical nature of art.

"The group believes that art can help counter the rising rhetoric of right-wing populism around the world, fascism and the increasingly stark expressions of xenophobia, racism, sexism, homophobia and unapologetic intolerance."

According to the group’s statement, it said that they know that freedom is never granted but is won. Justice is never given, but is exacted. Both freedom and justice must be fought to be protected. Yet their assurances have rarely been so fragile, so close to slipping from our grasp, at the moment.

It also stated that as artists, it was their job and duty to re-imaging and reinvents social relations threatened by right-wing populist rule. It is their responsibility to stand in solidarity. It said that they will not go quietly. It was their role and opportunity using their own particular forms, private and public spaces, engaging people together in thinking together and debating ideas, with clarity, openness and resilience.

Narendra Modi to meet Donald Trump in May