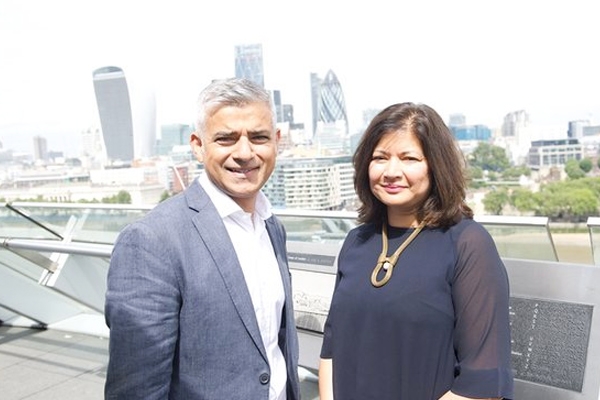 Indian-origin Shirley Rodrigues appointed London deputy mayor An Indian-origin philanthropist has been named as the deputy for environment and energy of the London mayor Sadiq Khan. Shirley Rodrigues will be responsible for establishing a not-for-profit company aimed at enhancing recycling rates and producing low carbon energy.
https://www.wishesh.com/ 24 Aug, 2016 24 Aug, 2016

An Indian-origin philanthropist has been named as the deputy for environment and energy of the London mayor Sadiq Khan. Shirley Rodrigues will be responsible for establishing a not-for-profit company aimed at enhancing recycling rates and producing low carbon energy.

Mr. Khan said in a statement that, "Shirley Rodrigues brings with her a wealth of knowledge and experience and is the perfect person to deliver my agenda to make London a cleaner and greener city. Shirley will drive forward the urgent action needed to ensure Londoners no longer have to fear the air we breathe and will address the failure to tackle the problem by the previous mayor and government."

"I am sure she will be a fantastic addition to my top team, taking on a crucial portfolio that has become an issue of life and death," he said.

Earlier, in the last month, Indian-origin Rajesh Agarwal was appointed to the business portfolio to the  Khan's team. Rodrigues becomes the second deputy mayor of Indian origin to join the minister's team.

Rodrigues said that, "I am delighted to be working with Sadiq on his ambitious plans to make London one of the most environmentally friendly cities in the world."

"Sadiq has already proposed a radical and wide-ranging approach to clean up London's dirty air and I feel privileged to be able to lead on this vital piece of work that will boost the quality of life and health for millions of Londoners," she said.

Rodrigues was born in Kenya but traces her family roots back to Goa. She is currently the Acting Executive Director for Climate Change at the Children's Investment Fund Foundation (CIFF). It is an independent philanthropic organization which works to transform the lives of poor and vulnerable children in developing countries, where she oversees a 155-million-pounds global strategy and portfolio.