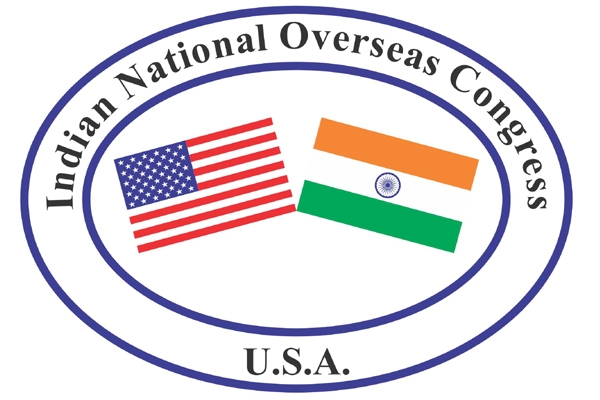 The Indian National Overseas Congrees (INOC) in the United States is seeking an action against Hindutva groups that raise funds in the Country, after an independent bipartisian American group asked President Trump’s administration to ban such groups in the United States.

The Chairman of the Indian National Overseas Congress George Abraham said in a statement that it was unfortunate that last two years have witnessed a steady deterioration of religious freedom and current rights in India, especially that of the minorities and the current administration cannot shirk their responsibility in that regard.

US Commission for International Religious Freedom (USCIRF) in their latest report by a Pakistan-origin author mentioned that the religious minority groups and low caste people face discrimination and persecution in India, where hate crimes, social boycotts and forced conversion have escalated dramatically since last two years.

The report urged India to immediately lift sanctions against NGOs that are working for the welfare of the minorities in India. The report also pointed out that FCRA (Foreign Contribution Regulation Act) is an escalating tool used to shut down foreign-funded minority NGOs., according to INOC.

"INOC, the United States had urged the growing Indian community in the country to refrain from funding these organizations that promote hatred and bigotry against the minorities in India," it said.

More than ever, as minorities in the United States, it is incumbent upon us to uphold the democratic and pluralistic values that are a hallmark of this country and it is in our own 'vested interests' to see that those values preserved and protected," it said.

The Hindu American Foundation (HAF) slammed the report and said it was outsourced exclusively to activist Iqtidar Karamat Cheema, who is a Pakistan-origin author, HAF raised serious questions about the Commission's credibility and transparency.

The senior director of HAF Samir Kalra said "USCIRF has failed to justify its intentions of this report on the India prima face based on the sources cited and findings presented."

"Though the previous reports that were published by USCIRF on religious extremism within Pakistan's textbooks have been deemed insightful by the leaders of HAF, this recent report does not meet the standard of those reports and in the context of India's pluralistic democracy, the report's author simply cites what have become known as 'alternative facts'," he said.