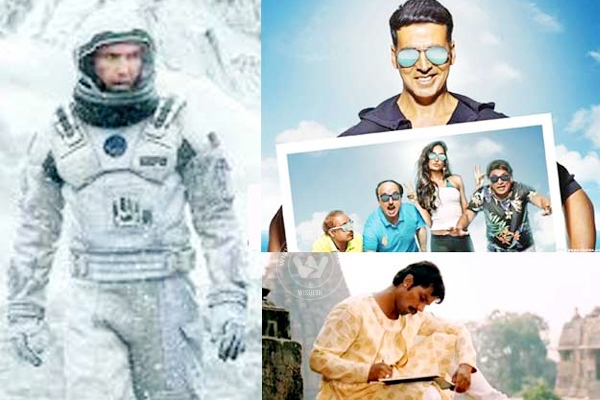 Interstellar is a 2014 science fiction adventure film directed by Christopher Nolan. Starring Matthew McConaughey, Anne Hathaway, Jessica Chastain, and Michael Caine, the film features a team of space travelers who travel through a wormhole in search of a new habitable planet. It was written by Jonathan Nolan and Christopher Nolan.

Ketan Mehta's much delayed Rang Rasiya, based on the life of the 19th-century Indian painter Raja Ravi Varma, also hits the screens today. The film stars Randeep Hooda, Nandana Sen and Paresh Rawal in key roles and has faced many censorship issues because of its steamy scenes.

The Shaukeens is a remake of the 1982 released cult-classic comedy film "Shaukeen". The latest film, much like the original movie, tells the story of three lecherous old men who wants to spice up their old age. the three lecherous men played by Ashok Kumar, Utpal Dutt and AK Hangal goes to Goa for some enjoyment; in the latest film, the three men played by Annu Kapoor, Piyush Mishra and Anupam Kher go to Mauritius.

Another option for cine-goers is Dan Gilroy's crime thriller Nightcrawler, starring Jake Gyllenhaal, Rene Russo and Bill Paxton. The plot revolves around a man (Jake Gyllenhaal), who makes money by shooting and selling raw crime footage to a local news channel, and enters the world of crime journalism.

Disney’s latest animated feature, “Big Hero 6,” is a bright, visually sumptuous 3-D computer-animated feature that gives you a bit of an emotional workout. It’s a Disney superhero movie with a story from a Marvel comic book, Robot Baymax and prodigy Hiro Hamada uncover a criminal plot and assemble a a band of high-tech heroes to fight a masked supervillain, Yokai 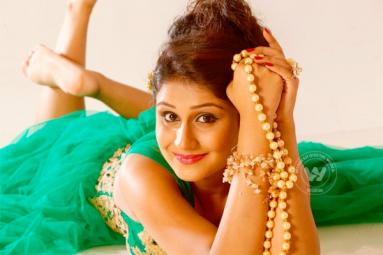 Get the first look of The Shaukeens here

Robert Knepper to star in 'The Hunger Games: Mockingjay'