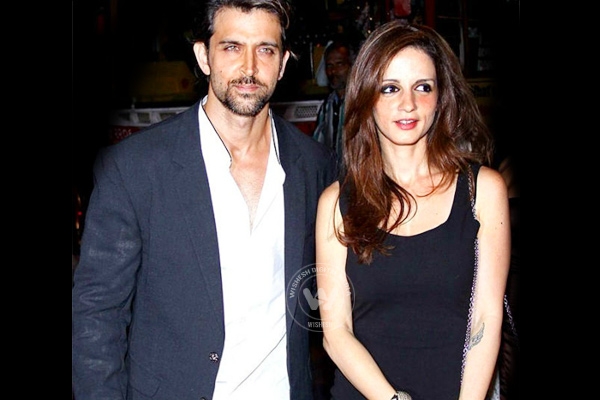 The biggest price a celebrity has to pay for being in the limelight is give up on his privacy. And who knows it better than our very own Bollywood stars. With media and social media constantly trespassing their 'private' territories, nothing remains off the record for long.

And even while Hrithik trashed the reports as “false” and “demeaning”, the social media couldn't resist taking a dig at their personal crisis. So much for being a star! Here are some of the trending Hrithik-Sussanne alimony jokes that are doing rounds on the social media.

It's Divorce for #Suzanne and Die-Worse for #Hrithik.

#Alia Bhatt doesn’t asks for a share from Suzzane #Roshan just b’coz it is ALI-mony! #400Crore

Suzanne to get 400cr? That's Hrithikulous.

Suzanne demands 400cr alimony. Somewhere, Harman Baweja is happy that he is not Hrithik Roshan.

Poor Hrithik. When he went for his honeymoon, little did he realise that one day, his marriage would cost him the Moon mission.

Suzanne has demanded an alimony of 400cr only? Not sure if its enough to revive Zayed Khan's career.

What? Hrithik is giving Rs 400 cr to Suzanne? And he did not give me my Rs 350 back for watching Kites

Suzanne asks for 400 crores in alimony. Narendra Modi would say, our Mars mission has cost less than their divorce.

Can understand Suzanne asking for #400Cr as Alimony. After all she did let Hrithik Roshan kiss Aishwarya Rai, Barbara Mori and Katrina Kaif.

Suzanne has demanded 400cr alimony from Hritik, make her brand ambassador of "How to become a billionaire by doing nothing".

Suzanne rules the box office without any movie release move over khans, kumars and devgn what a blockbuster demand now finally India arrived.