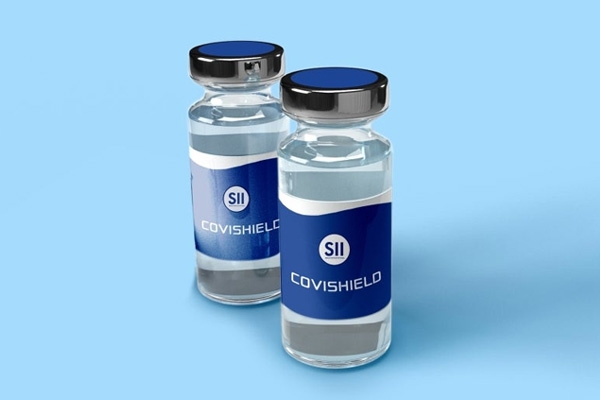 Oxford University’s Covid-19 vaccine is named Covidshield and the production of the said vaccine has begun in Indi. This decision was made recently after the results of first 2 phases of the vaccine study came out this week. The vaccine showed promising result and has now moved to the phase-3 of human trials. India said that it will produce 1 billion doses of the Covidshield vaccine.

The world is fighting a deadly pandemic. There is chaos all over. People are losing homes, jobs and also lives during these unprecedented times. It’s been 7 months since the virus originated and now it has spread like a wildfire across the world. It has infected more than 15 million people and had caused more than 6 lakh registered Covid-19 deaths. USA, Brazil and India continue to be the worst affected countries with more than million cases in each one. The novel coronavirus originated primarily in the City of Wuhan which is in China. Now it has travelled almost all over the world. People are scared of this tiny virus which is not even visible to the naked eye. During this time all everyone is praying and hoping for is a vaccine which can immune everyone to the virus. The virus which affects the respiratory system of Human body stays in it on the level of immunity. The high immunity people are automatically recovered without any symptoms. The people with low immunity or no immunity are the ones that are affected the most.

There have been several studies which prove that human immune system secrets antibodies to protect us from the virus and kill it without us even realizing and that is good news. Recently a study also suggested that 18 crore human might be already immune to the virus.

Now recently when Oxford-AstraZeneca vaccine showed promising results it came as a ray of hope for billions of people around the world. The vaccine named Covidshield has entered the third phase and the results of the approval will be out before November according to the reports. If everything goes well the world will have a vaccine by the end of this year and it is some exciting news.

About the production and manufacturing of the vaccine, AstraZeneca has said that they would manufacture at least 2 billion doses of the vaccine. Now the second question is who will get the vaccine. Well there is no final decision yet, but the countries have laws which states that vaccine should be first given to the parent country and later distributed to the world. But thanks to the partnership an Indian manufacturing unit has with AstraZeneca. AstraZeneca has a professional partnership with one of the leading medicine manufacturers of the country called the Serum Institute of India. Serum Institute of India has made a deal with AstraZeneca to produce at least 1 billion doses of the vaccine.

What about the approval? Well the vaccine has started its production of the third phase of trials which are going to be conducted all around the world and not just in United Kingdom. Serum Institute of India has taken approval from conducting the Covid-19 vaccine trial on a few thousand volunteers in India as well. That’s the reason Serum Institute of India has started early production so that the vaccine can start early human trials in the country as well.

The Poonawalla group which owns the Serum institute of Indiahas told that the 50% of the vaccines produced by them is going to be used in India and the 50% will be sold in the countries around the world. They will make sure to keep the price of the vaccine below Rs. 1,000 and work with government and public health workers to distribute the vaccine evenly to the ones that need it the most. CEO of SII is Adar Poonawalla and his son Dr. Cyrus Poonawalla is a doctor at the facility. They are targeting to produce at least 300 million doses by the end of the year. The Executive director of the company, Suresh Jadhav has also mentioned that they are looking to produce at least 3 million doses of the virus by the end of August 2020.

Any vaccine after the development goes through 3 phases and then after passing the 3 phases only gets the approval for mass production. In phase one the Covidshield vaccine showed prominent results and it used the T cells of the immune system to create a small antibody to fight the virus.

The Serum Institute of India also has applied for approval to conduct human trials in the country. For the approval and to start the trials on volunteers the institute needs to have a proper license and they are still in the process of it. If they receive the trials, the institute will begin the trials in the month of August for Maharashtra state.

Mumbai and Pune are both hotspots in the state of Maharashtra with over 1 lakh and more than 50,000 cases recorded respectively.