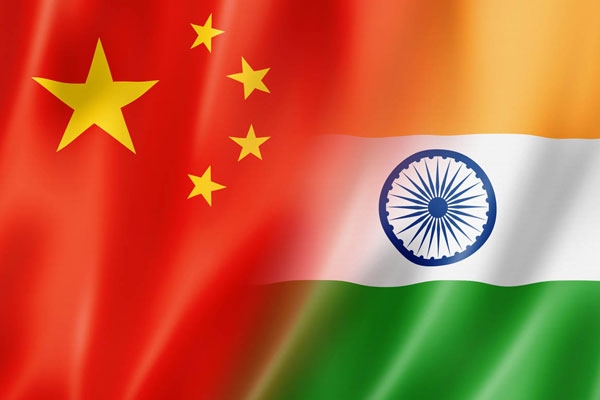 Military commander level talks between India and China to be held on Tuesday:Top Stories

The new update on India-China face-off is that both the nations have decided to held military commander level talks on Tuesday.

The clash between India and China has been going on for a while and now there is a new update. Both the nations have decided to holdmilitary Commander level talk this Tuesday. The clash began when the Chinese PLA troops did not stick to the de-escalation process and attacked the army instead. During the violent attack 20 Indian soldiers were martyred and thus began the war.

Since then India and China have been in war with India cancelling all Chinese contracts and the government banning 59 apps which had Chinese links to them everything started happening.

Now both the nations have decided to put a halt on this ongoing tension and talk it out. The commander level talks will be held on Tuesday in Easter Ladakh at Chushul.

Chinese soldiers have taken a step back during this engagement from several locations at the Line of Action Control. The armies, the Chinese PLA army and India Army have taken a step back from borders to over 600 meters. The four friction point between PLA troops and Indian Army where there has been an ongoing tension are Galwan Valley, Gogra Valley, Hot-springs and Pangong Tso Lake. Both the nations and troops on either side of the border have put a halt on the patrolling on these four friction points. The decision is taken to decrease the ongoing tension.

The senior commanders of both the sides are going to meet tomorrow, that is on 14th of July in eastern Ladakh to discuss the matters and both the sides have agreed that this was much needed and necessary for smooth escalation of the order control.

There was a virtual conference between the senior diplomats of India and China and in the meeting both the sides reviews the progress made in withdrawal of the soldiers along the Line of Action Control. After the meeting both the nations decided to have one on one discussion with senior level commanders from both sides. This was the 16th meeting since the violent face-off between India and China on June 15th 2020. The meeting was held by the Working Mechanism for Consultation and Coordination (WMCC) on India-China border affairs. This was constituted in 2013.

The meeting wasled by Naveen Srivastava from the Indian side who heads who heads the East Asia division at the MEA while from the Chinese side the meeting was led by Hong Liang who is the Director General of Department of Boundary and Oceanic Affairs at the Ministry of Foreign Affairs. The MEA said in a statement that both sides would ensure complete disengagement of the troops along the LAC and de-escalation from India-China border areas for full restoration of peace and tranquility in the border areas in accordance with bilateral agreements and protocols.

Naveen Srivastava and Hong Liang also agreed that for the overall development of bilateral relations it was essential to maintain peace and tranquility in the Line of Action Control Border areas. Both the sides also agreed upon and noted that senior military commanders of both nations India and China would hold another round of talks. This will be the follow up on the other three rounds of talks they had held on June 6, June 22 and June 30. Both the delegates from the nations, Srivastava and Hong also agreed to maintain the ongoing communication between the countries even during the clash and tension, both at the diplomatic and military level to ensure early resolution of the situation.