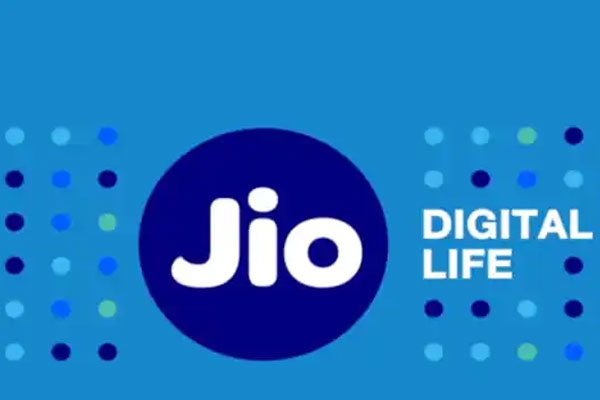 Jio has announced it is 100% debt free by generating Rs. 168,818 Crore during lockdown While the whole world is facing financial issues and with huge companies going bankrupt, reliance Jio has generated a whopping amount of Rs. 168,818 crores by selling shares and by offering stake in Jio platforms. Jio which was in debt in the start of this year has now announced that it is completely debt free.
https://www.wishesh.com/ 19 Jun, 2020 19 Jun, 2020

Jio has announced it is 100% debt free by generating Rs. 168,818 Crore during lockdown.Top Stories

While the whole world is facing financial issues and with huge companies going bankrupt, reliance Jio has generated a whopping amount of Rs. 168,818 crores by selling shares and by offering stake in Jio platforms. Jio which was in debt in the start of this year has now announced that it is completely debt free.

The entire world has been in a lockdown for almost 3 months with businesses not running. The whole Covid-19 situation has taken a toll on the world economy as well taking it 30 years behind. The global economy is expected to shrink down to 5.2% in the year 2020 according to a report by the World Bank. It is going to have a severe impact on the employment.

During these hard times, when Reliance Jio was in debt, Mukesh Ambani managed to generate thousand crores of money and make the company debt free. It looks like a good year for Jio. 2020 had surely turned into a blessing for the Ambani’s.

Mukesh Ambani has managed to get 10 international investors on board and contributed a huge amount to this number. In return they have received 24.70 percent of stake in jio platforms. In August last year, Mukesh Ambani had promised all his shareholders that the company would be debt free and that they would get many other investors on board before the end of the 2021 financial year. And keeping that promise Mukesh Ambani had fulfilled it even before the end of the financial year. The promise was fulfilled before 10 months itself. He also stated how investors from strategic and financial backgrounds are also interested in their consumer business both Jio and Reliance Retail.

The debt was free with the last investment last week by the Saudi Arabian Payee Information Form (PIF). Out of the 10 investors the biggest one’s that Jio was successful in getting onboard were Facebook, Vista Equity, Mubadala and 7 others.

Facebook was the first company to become an investor in the Jio platform during the lockdown and it is also the largest investor to join hands with jio platforms and Mukesh Ambani. Facebook owns 9.99% of Jio stake which was bought with Rs. 43,573 crores. It was one of the first investors to get a high amount of stake in the platform.

United states of America has definitely the biggest investors in the world and after Facebook joined hands with Indian company Jio, Silver lake partners which is America’s one of the biggest private equity firms also bought 1.15% of Jio Stake in the first week of May. This 1.15% has cost them an amount of Rs. 5,655.75 crores.

Another of America’s private equity firm called Vista Equity Partners also came on board with Jio in the first week of May and bought 2.32% of stake in the jio Platforms. This stake costed them an amount of Rs. 11,367 crores.

Equity firms sure know there way around a good opportunity and another US based equity firm, General Atlantic invested Rs. 6,598.38 crores of money for 1.34% stake in Jio platforms. The next US based private equity firm Kohlberg Kravis Roberts & Co (KKR) also invested an amount of Rs. 11,367 crores of money in return for a 2.32% stake.

After USA, UAE also got interested I investing in Jio platforms and 2 major companies went through. One was Mubadala which invested Rs. 9,093.60 crores for a 1.85% stake and another investment from UAE was by the Abu Dhabi Investment Authority which brought in Rs. 5,683.50 crores in return of 1.16% stake in the Jio platforms.

The last investment which made Jio debt free was from Saudi Arabian PIF, which invested Rs. 11,367 crores for a 2.32 % stake.