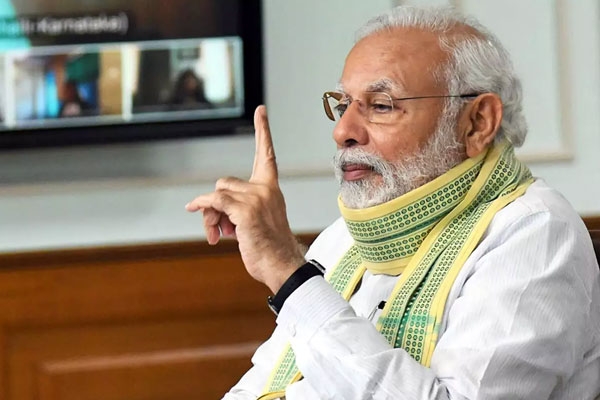 PM Narendra Modi discusses ‘staggered exit plan’ with CMs for lockdown in India Prime Minister Narendra Modi held a video conference with the chief ministers of the state on Monday to further discuss the plan of action following the lockdown.
https://www.wishesh.com/ 27 Apr, 2020 27 Apr, 2020

Following the completion of Lockdown 1.0 on April 14, India is in its Lockdown 2.0 which is till May 03. Prime Minister Narendra Modi held a video conference with the chief ministers of the state on Monday to further discuss the plan of action following the lockdown.

While Modi had insinuated about a graded exit plan for the country, nothing had been solidified till now on how the country is going to exit the lockdown or if it will.

This is the fourth video conference interaction that PM Modi has been conducting since March 22. The meeting included the chief ministers of Delhi, Kerala, Maharashtra, Tamil Nadu, Meghalaya, Uttarakhand and Uttar Pradesh. Alongside them, Home Minister Amit Shah, Health Minister Yash Vardhan and a few more officials from the Union Health Ministry joined the call.

Some reports stated that except for discussing about the overall process of dealing with the pandemic, it is likely that the Prime Minister and Chief Ministers could also discuss further about the graded exit plan.

PM Modi tweeted on Monday saying that the video conference is being held to further discuss about the situation related to the Covid-19 outbreak in India.

Even in the “Mann ki baat” episode on Sunday, PM Modi alerted the nation that the country is currently in a state of “war” and that the precautionary steps need to be followed without any questions, for one’s own safety and for the country as well.

"I urge you not to get overconfident. You should in your over-enthusiasm not think that if the coronavirus has not yet reached your city, village, street or office, it is not going to reach now. Never make such a mistake. The experience of the world tells us a lot in this regard," Modi said during the rolling of the show.

Gradual exemptions are being introduced by the Central and the State government to further bolster the overall boost to the economy at this point.

India currently has over 27,000 confirmed cases with the death toll currently at 875.