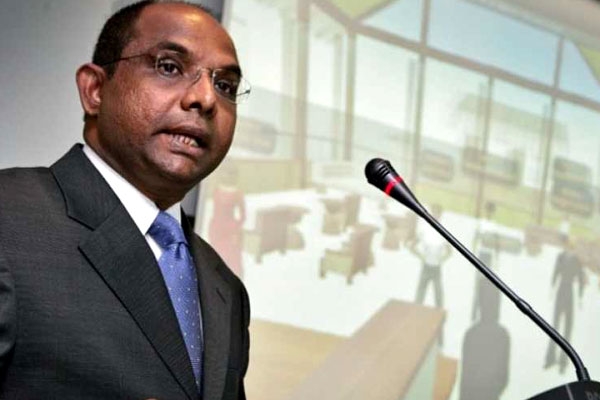 A visit to India has been concluded by Abdulla Shahid, the Minister of Foreign Affairs on January 15 at the Raisina Dialogue 2020. In his speech, he delivered a keynote address on the climatic change.

The threats faced due to change in the climate, by the maritime nations such as the Maldivian archipelago has been emphasised by the minister Abdulla Shahid. In order to face the challenges that are increasing regarding conflict, poverty and pollution along with climatic change, the international arena is called upon to adapt, understand and respect one another.

The Raisina Dialogue is an annual conference which will be hosted by the Observer Research foundation collaborating with the Indian Ministry of External Affairs. Minister Abdulla Shahid was accompanied by Aisha Mohamed Didi who is the Ambassador of Maldives to India, Minister (Deputy Chief of Mission) Aminath Shabeena, Director of Communications Miuvaan Mohamed and Director of India Section Mariyam Midhfa Naeem from the foreign ministry, and the officials of the Embassy of Maldives in India.

He declared that security and human rights challenge can be the best description for the change in the climate for the Maldives and all over the world.

Several heads of delegations which included his counterparts from India, Czech Republic, Latvia, Russia, Denmark, Hungary, Estonia and South Africa were met by the minister at the Dialogue. He also got to meet National Security Advisor of Afghanistan, the Deputy National security Advisor of the USA and the Chief of Defence Staff of India. The foreign minister Abdulla Shahid had also been called upon by the Foreign Secretary of India, the Secretary General of the Commonwealth and the European Union High Representative for Foreign Affairs and Security Policy.

A courtesy meeting with the Prime Minister Narendra Modi has also been held which included Abdulla Shahid and other ministerial delegates.