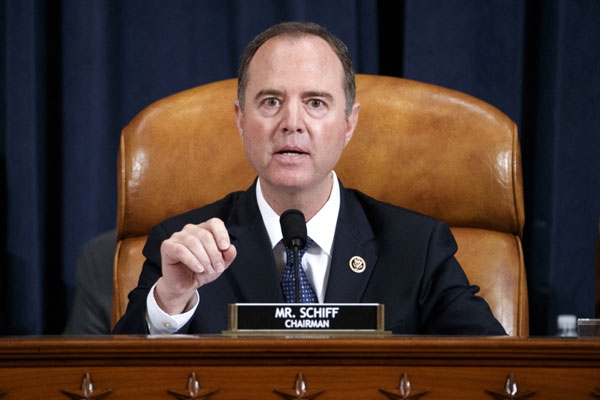 Congressional committee to bring India, Japan and South Korea for intelligence sharing The Congressional committee wants to bring the three democratic countries of the region i.e., India, Japan and South Korea in order to maintain peace and rule of law in the Indo-Pacific region.
https://www.wishesh.com/ 14 Dec, 2019 14 Dec, 2019

The Congressional committee wants to bring the three democratic countries of the region i.e., India, Japan and South Korea in order to maintain peace and rule of law in the Indo-Pacific region.

The ‘Five eyes’ is an international agreement that comprises of Australia, Canada, New Zealand, Great Britain and the US. The cooperation and sharing of signals, military and human intelligence occurs in this agreement.

Adam Schiff, a Congressman argued the case in bringing India, Japan and South Korea along with the Five Eyes in order to maintain the rule of law and peace in the region that comprises of the Indian Ocean and the western and central Pacific ocean that includes the South China Sea which it put together known as the Indo-Pacific region. Adam Sciff chairs the House Permanent select Committee on Intelligence.

Schiff said that, a briefing on the benefits, challenges and risks of broadening the mechanism to share the information between India and Japan will be given within 60 days of enactment of the Act by the committee under the Secretary of Defence for Intelligence coordinating with the Office of director of National Intelligence(ODNI).

"The committee under the Secretary of Defence for Intelligence, in coordination with ODNI (Office of Director of National Intelligence), will provide a briefing to the congressional intelligence and defence committees within 60 days of enactment of the Act, on the benefits, challenges, and risks of broadening the information-sharing mechanisms between India, Japan, the Republic of Korea (or South Korea), and the 'Five Eyes' allies," Schiff said.

Sciff said that the mechanisms to share information across the ‘Five Eyes’ alliance are believed to be continuing to mature through exercises that are established, the exchange of personnel and sharing of virtual data while the cooperation is likely to be less robust with third-party partners.

“The committee support the roles and contributions of third-party partners such as India, Japan and south Korea and recognizes their contribution toward maintaining peace ans stability in the Indo-Pacific region,” the report said.

While increase in the military of China, the US, India and many other worlds powers were in talks about the necessity to ensure a free, open and thriving Indo-Pacific.

Indo-Pacific region comprises of the India Ocean and the western and central Pacific Ocean that includes the South China Sea, where in China has been trying to expand its presence of military.

“The committee are interested in understanding the policies and procedures governing the collaboration and information sharing with India, Japan, South Korea and the ‘Five Eyes’ allies, and whether opportunities exist to strengthen those arrangements,” the report said.

Significant concerns by the committee of China possessing an increasing threat to US’ national security for its efforts to acquire US technology.

The distinction between the military and civilian activities are purposely blurred by China through its policy of “military-civilian fusion,” that has the risks of diversion of the technology of United States to the Chinese military.

The committee said that the existing US mechanisms are exploited by China and concluded about the tools that are needed to address the lacking comprehensive policy in the US.