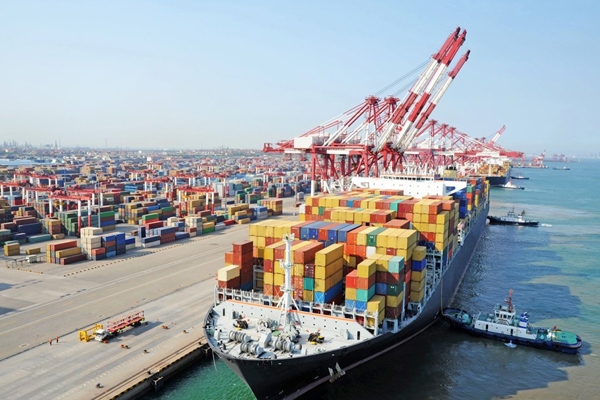 India further gains $755 million in addition exports to US

Following the constant bouts of trade wars that have been happening between US and China, India gained an amount of $755 million with the additional exports to US during the very first half of 2019. Some of the common components that were included in the exports were chemicals, metals and some ores as well.

The study which has been titled as Trade and trade diversion effects of United States tariffs on China clarified stating that the constant unrest between the trade negotiations between US and China has resulted in a number of downfalls, especially when it comes round to the prospects of sharp decline with the bilateral trade and even the heightened price of goods for the consumers.

Addressing the same, the study also does clarify stating that trade diversion effects of the US-China has also resulted to about $19 billion in which the net trade losses seemed to amount to over $14 billion.

The consistent increase in the US tariffs has further made several other players in the market more competitive in the US market which is what is causing the diversion effect even more so. These diversion effects are believed to have further positive impacts on the province of Taiwan, Mexico as well as the European Union.

With these diversions, India was able to secure a good profit by making exports to the US. Some of the export goods included chemicals ($243 million), metals and ore ($181 million), machinery and a few other items covering the rest of the profit in the $755 million mark.

This doesn’t necessarily guarantee of the further impacts of the Chinese tariffs on the US market, the study further clarifies stating that the results of this is going to be analogous. In the total $35 billion Chinese export losses that have been endured, around $21 billion of the same was successfully diverted from the over countries. The remainder of the same was later diverted from US.

The report further analysed that the kind of tariff issued by the countries on each other is actually ending up hurting the economy of both the countries involved. While China has endured quite a good chunk of losses, they also did find that some of the Chinese firms are now absorbing in the losses by reducing the prices of their export.

Pamela Coke Hamilton, who is the director of International trade and commodities in UNCTAD stated saying, “The results of the study serve as a global warning. A lose-lose trade war is not only harming the main contenders, it also compromises the stability of the global economy and future growth.”

The analysis further shows that the US tariffs did end up causing an overall export loss of 25% which is what ended up inflicting over 35 billion loss to the Chinese exports involved in the US market’s tariffed goods. The figure also does show further insights into the competitiveness that these Chinese firms have.

Just the last summer of 2018, the value of the export goods between US and China was in between the numbers of $50 billion. The same further escalated when US further levied 10% on the Chinese imports, causing the amount to reach $200 billion. There has been a constant trade deflection between the two nations since then which is what is causing the distress.

But, over the disputes happening around that, the thing that does stand out is the fact that it is inflicting positive benefits for the Indian export market.