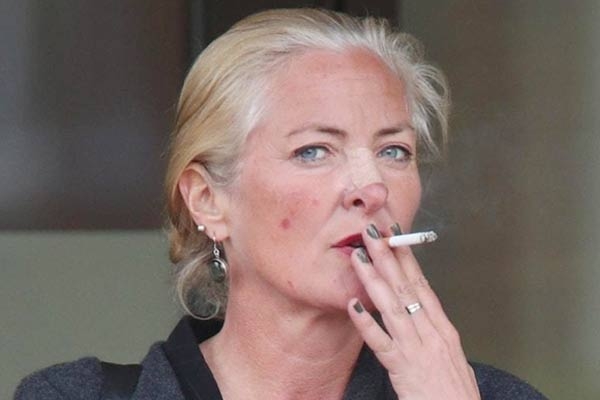 Simone Burns, the UK Lawyer Who Spat on Air India Crew After Being Refused Extra Wine Sentenced to JailTop Stories

A woman from Ireland who happens to be a human rights and criminal lawyers has been sentenced to jail for her shameless act where she spat on an Air India crew during her flight from Mumbai to London earlier this year in November.

The 50-year-old Simone Burns will now spend the next six months behind bars after the United Kingdom court found her guilty of the crime.

The woman began abusing the staff member after she was denied a fourth bottle of wine. She had already consumed three bottles and called the cabin crew "Indian money-grabbing c***s".

This was not the end of it, once she was refused another bottle of wine, she spat in the face of one flight attendant and yelled: “I’m a f*****g international lawyer”. The foul-mouthed passenger could also be seen making aggressive gestures, pushing a crew member’s hand as she continued to make racist comments.

A video of Burns shouting went viral and received widespread criticism on social media. Reportedly, the judge noted Burns behavior as “drunk and obnoxious from the beginning to the end” which was insulting and upsetting.

She further went onto say, “I am working for all your people…for you, an international criminal lawyer. Don’t get any money for it, by the way. But you can’t give me a …glass of wine, is that correct?”

Judge Nicholas Wood even said that a drunk passenger also posed a potential risk to safety. The lawyer has been sentenced to six months for being drunk on aircraft two months for assault. She pleaded guilty for her charges. The abuse was directed at Air India as well as Indians.

She threatened that she would arrange a boycott for Air India if she was refused a bottle of liquor. She even yelled at her business class passengers for not supporting her. She was arrested by the Metropolitan police once she landed at Heathrow airport.

The lawyer representing Burns named Mark Kimsey said that ever since the video of her crude behavior went viral, her reputation has been tarnished. She has also faced a lot of threats and abuse, confining her to her home and from practicing in courts.