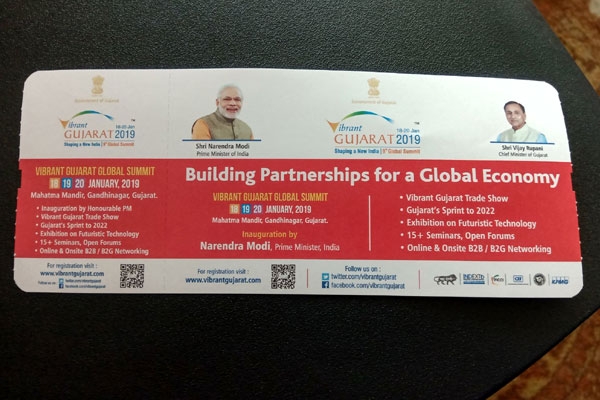 Ahead of Lok Sabha elections in India, the attempt to steer clear of talk round is escalating gradually across the board.

In a similar move, GoAir, a low-cost international carrier based in Mumbai, India on Tuesday said it has withdrawn boarding passes with photographs of Prime Minister Narendra Modi and Gujarat Chief Minister Vijay Rupani, PTI reported. The announcement comes a day after Air India said it would do the same.

A GoAir spokesperson said the airline had taken a “cue from the Election Code of Conduct”, the news agency reported. “GoAir’s Srinagar Airport team inadvertently utilized unused stock of paper related to the event Vibrant Gujarat, which was held from January 18-20, for issuing boarding passes at the said airport,” the spokesperson said. “It was unintentional. We have instructed our airport teams to stop utilizing this type of paper with immediate effect.”

The matter surfaced on news media after former Jammu and Kashmir Chief Minister Omar Abdullah tweeted about the GoAir “boarding pass with the prime minister’s photo on it”.

On Monday, Air India spokesperson Dhananjay Kumar said the boarding passes seemed to have been printed during the Vibrant Gujarat Summit held in January. “The rolls seem to be the ones left over from the boarding passes printed during the Vibrant Gujarat Summit and the photos are third-party advertisements,” Kumar had told PTI. “It has nothing to do with Air India.”

Kumar had said the airline was scrutinizing if third-party ads fall under the purview of the Model Code of Conduct.

On March 20, the Indian Railways withdrew train tickets with photos of Modi after the Trinamool Congress complained to the Election Commission of India on violation of the Model Code of Conduct. The railways said it was a third-party advertisement and the tickets were printed almost a year back.

SpiceJet runs into net worth turbulence

Misbehaving inside an aircraft could land you in jail now