President Donald Trump on Friday threatened to entirely close the southern United States border with Mexico if lawmakers turn down his demands to fund a wall.

"We will be forced to close the Southern Border entirely if the Obstructionist Democrats do not give us the money to finish the Wall & also change the ridiculous immigration laws that our Country is saddled with," Trump tweeted.

The warning from Republican leaders came as a partial federal government shutdown was set to drag on into next week, with legislators in Washington, D.C. failing to reach an agreement over Trump's insistence on funding the border barrier.

Both sides have dug in, with Democrats refusing to provide USD 5 billion for the project and the president - who has made hardline immigration policies a centerpiece of his presidency - vowing he will not fully fund the government unless he gets the money.

In November, Trump threatened to close the "whole border" with Mexico if "it gets to a level where we're going to lose control or people are going to start getting hurt."

Days later the U.S. authorities dramatically shut a border crossing in southern California after hundreds of migrants - part of the "caravan" Trump had roundly condemned - made an effort to breach a fence from the Mexican city of Tijuana.

The short-term shut saw border agents stop vehicles and pedestrians at the San Ysidro crossing point, one of the busiest between the bordering countries.

We will be forced to close the Southern Border entirely if the Obstructionist Democrats do not give us the money to finish the Wall & also change the ridiculous immigration laws that our Country is saddled with. Hard to believe there was a Congress & President who would approve! 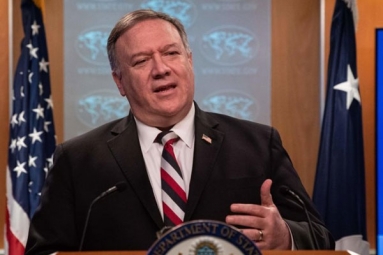