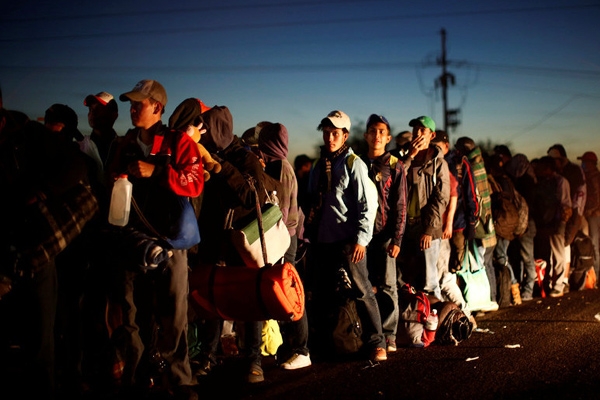 A federal judge has put a temporary halt to a Trump administration order denying the prospect of asylum to people who enter the United States illegally.

President Donald Trump issued the announcement earlier this month as a matter of what he called national security as a U.S.-bound caravan of Central American migrants made its way through Mexico toward the U.S. border.

The U.S. District Judge Jon Tigar in San Francisco issued an impermanent restraining order against the Trump announcement, therefore granting a request from human rights advocacy groups which had sued soon after the order was announced.

The American Civil Liberties Union says the U.S. law stipulates that the right to request asylum must be granted to anyone entering the country, irrespective of whether they do so at an official port of entry or come in illegally.

Related content: Over 2,300 Indians in U.S. Jails for Illegal Crossing of Border: Report

Trump's administration has argued that he has the executive power to curb immigration in the name of national security - a power he raised right after taking office earlier this year with a controversial ban on travelers from several for the most part Muslim countries.

The concluding version of the order was upheld by the U.S. Supreme Court on June 26 after a drawn-out legal battle.

When the new policy was proclaimed by the Department of Homeland Security on November 8, a senior administration official said it would address what he called the "historically unparalleled abuse of our immigration system" along the border with Mexico.