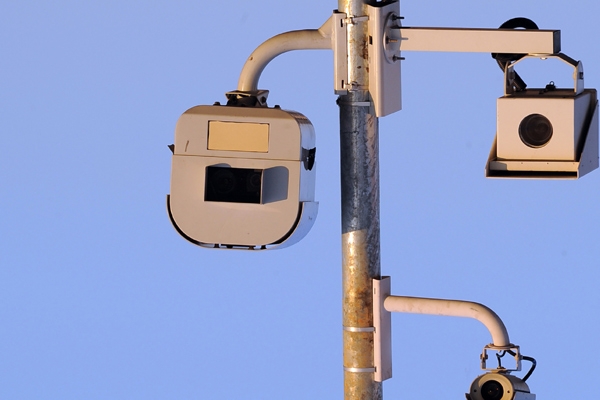 Speed Cameras Return To Baltimore Streets If you drive at a higher speed than the speed limit specified near the Baltimore City School from Monday, you may receive the traffic violation mail. The new speed cameras are going to be active in less than 24 hours.
https://www.wishesh.com/ 26 Jun, 2017 26 Jun, 2017

Speed Cameras To Be Active In Baltimore Streets

Speed Cameras To Be Active In Baltimore StreetsTop Stories

If you drive at a higher speed than the speed limit specified near the Baltimore City School from Monday, you may receive the traffic violation mail. The new speed cameras are going to be active in less than 24 hours.

Amy Yensi has the complete details on the new enforcement.

The transportation officials said that this go around is going to be different. Drivers said, they will hope that the new cameras are accurate and also equally fair.

Baltimore City is enforcing its speed limit, with the 10 new speed cameras.

The speed cameras have been placed at the seven school zones, which are meant to detect the reckless driving.

Some drivers have said that the motive is monetary.

“I feel like if you’re putting more money into these speed cameras. Fix the streets first,” said a driver Britney Douglas.

The cameras are set in the areas with high pedestrian traffic and also accident rates.

Drivers caught going more than the speed limit by 12 miles per hour or even more, will receive a warning in the mail while in the warning phase.

“At the conclusion of that 30-day warning period, we’re going to begin issuing violations will have a fine of $40 each,” said Robert Liberati, the Director of Baltimore City Automated Traffic Violation Enforcement Systems.

The city has tried the photo-enforcement before. Four years ago, the program had to be called off after the drivers have successfully proved that they were fined incorrectly.

One of the old cameras has been deactivated and also attached to the permanent location. The new cameras are portable and also can be moved as needed.

The new program promises to be different and also equally fair with the dedicated staff, an independent analyst, and also a quality assurance team.

“If they’ve worked out the kinks then sure,” said Baltimore driver Derryck Holston.

The police department will review and sign off every violation before it is mailed, in an effort to restore confidence.

Once this phase is completed. The city will add red light and truck enforcement cameras. No dates have been set yet.

The speed cameras will only be operational Monday through Friday from 6 a.m. to 8 p.m. Once the red-light and truck cameras are phased-in, they will be active 24 hours, seven days a week.