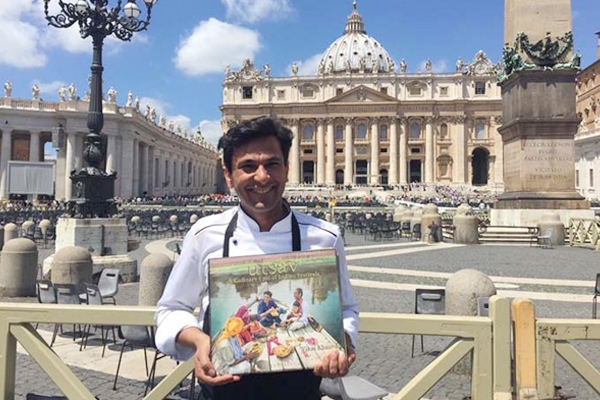 Vikas Kumar’s “Utsav” auctioned for Millions from Modi, Pope to Obama, check out the list who owns a copy

Vikas Kumar’s “Utsav” auctioned for Millions from Modi, Pope to Obama, check out the list who owns a copyTop Stories

Surely, we all have an eternal crush on Chef Vikas Khanna and our obsession for him cannot be described in words. His unique cookbook “Utsav- A Culinary Epic”, which was a labour of 12 years and was auctioned for 30 lakhs making it the most expensive cookbook in the history of mankind.

The money from the auction will serve 2,00,000 meal to kids through the NGO Vikas supports. 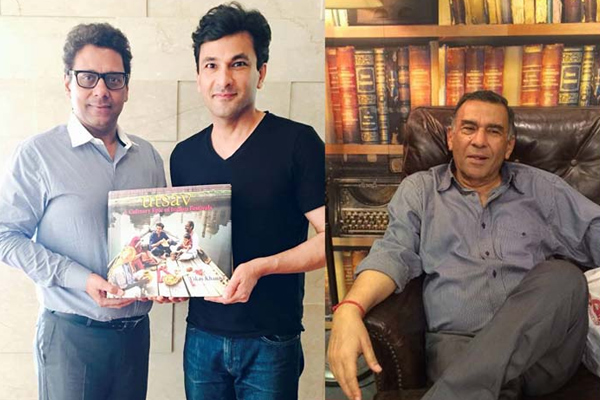 “Today Feb 14th, 2017 is monumental. UTSAV has officially become The World’s Most Expensive Cookbook – first copy auctioned for 3 Million Rupees. This will be used to serve 2,00,000 meals through smilefoundation #MillionDollar4Nutrition

Thanks to Mr. Rasesh Kanakia and Family.

This is for you Papa, celebrating your 71st Birthday.”

Vikas has received accolades in the art of cooking, but after meeting PM Narendra Modi, he reached the zenith. 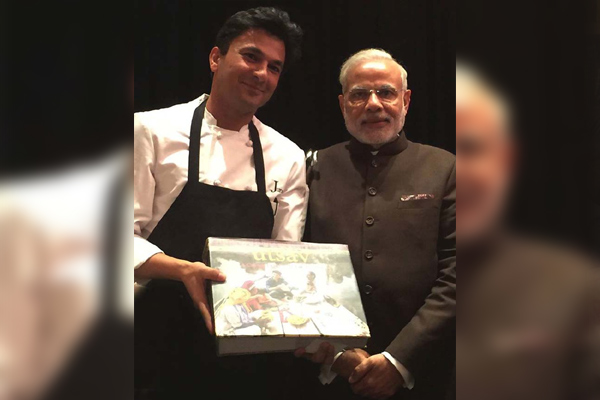 (Certainly PM always knows where the camera is)

He presented Utsav to the Clintons, on the Utsav of Dussehra, 2015. 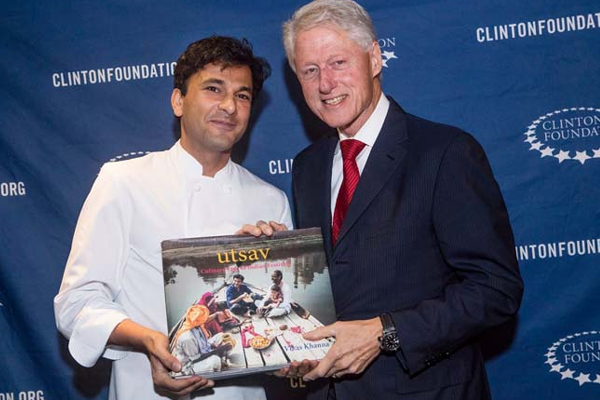 Vikas pledged to bring India to the world, one festival at a time. 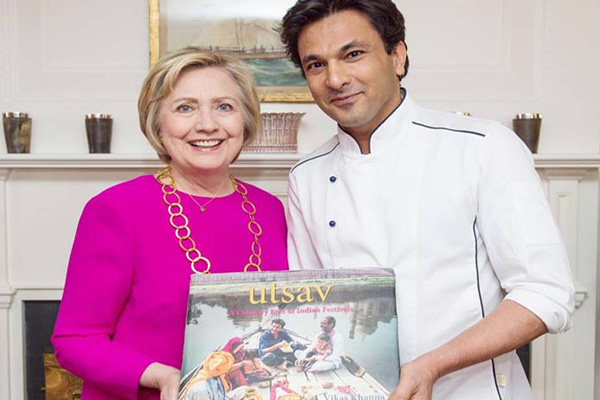 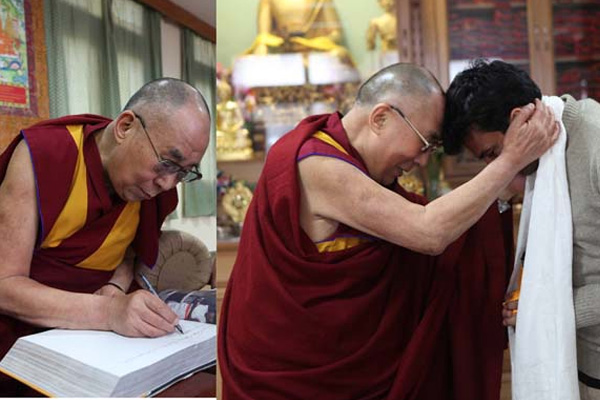 He also presented it to Secretary General Mr Ban Ki-Moon. 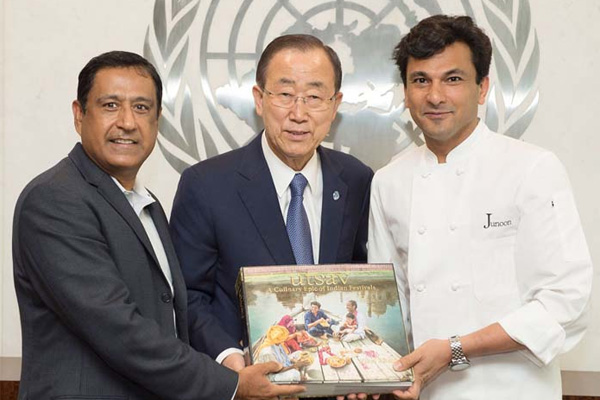 He Presented to Barack Obama, as well 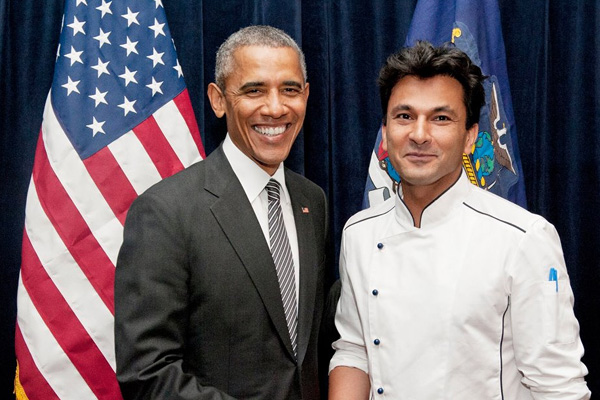 Pope Francis stated, “UTSAV has the beautiful heart of India”. 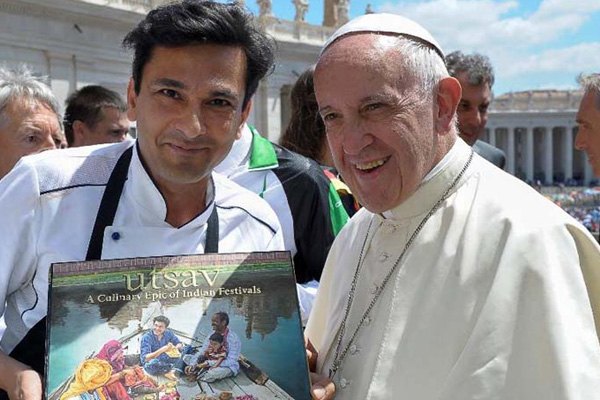 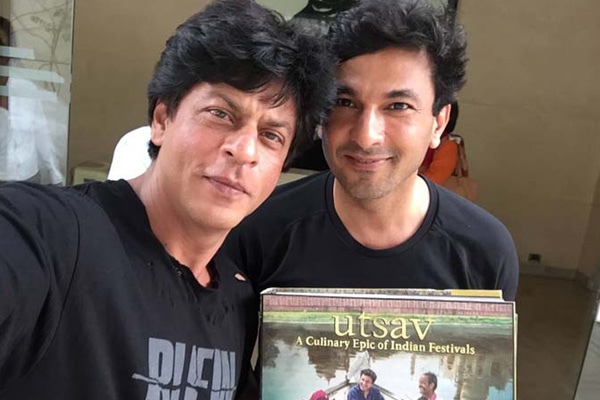 Joe Biden thanked Vikas for contributing so much to America and for sharing India. 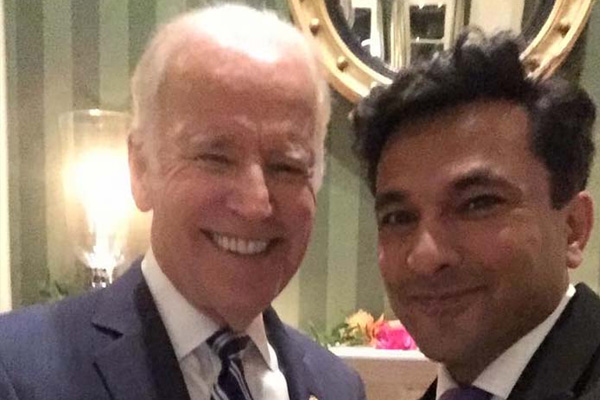 He gifted a copy to the Shahenshah of Bollywood Amitabh Bachchan 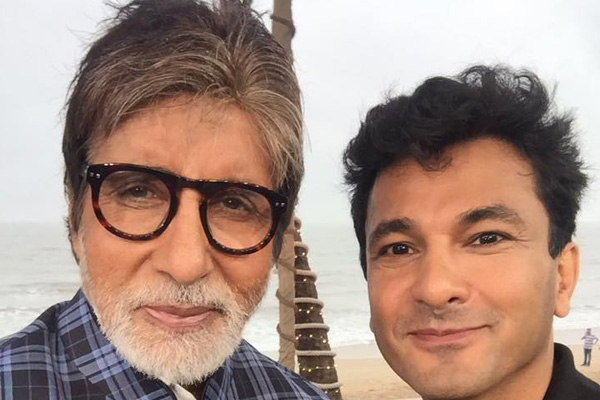 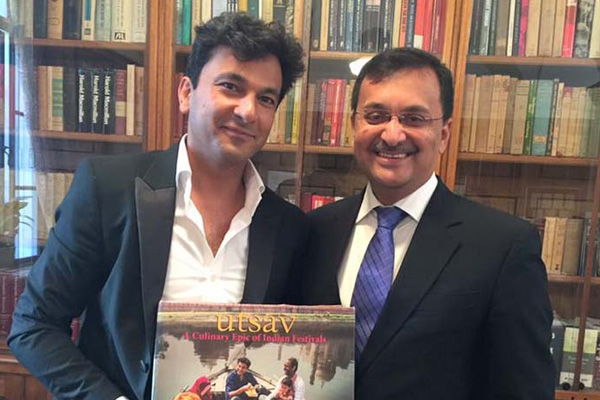 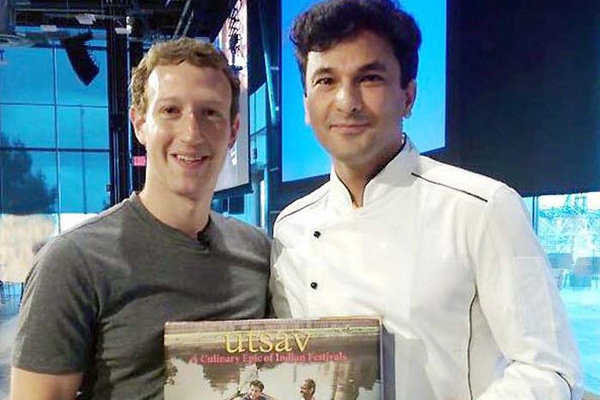 The whole country is proud of Vikas’s achievements and we wish Vikas that his life be an Utsav.