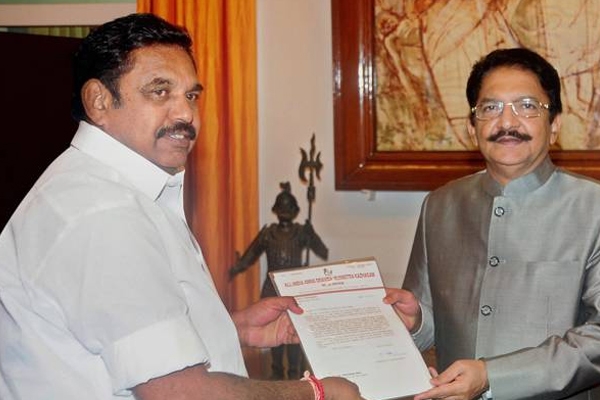 Palaniswami sworn as the Chief Minister of Tamil Badu. He is the third minister of the state in less than three months.

Palaniswami met Governor Rao with five other senior AIADMK leaders today morning. He was given 15 days to prove his majority in the Assembly. The invitation to VK Sasikala loyalist to form the next government also marked the end of the ambitious bid caretaker Chief Minister O Panneerselvam.

On Wednesday (Feb 15) evening, Palaniswami met Governor Rao and submitted a list of total 124 MLAs supporting him in the 234-member Tamil Nadu Assembly, and requested the Governor to invite him to form the government.

The crisis in the state Tamil Nadu begun after the death of Chief Minister J Jayalalithaa on December 5th last year that triggered a massive succession war within the ruling government AIADMK.

The ministers and their portfolios are as below: