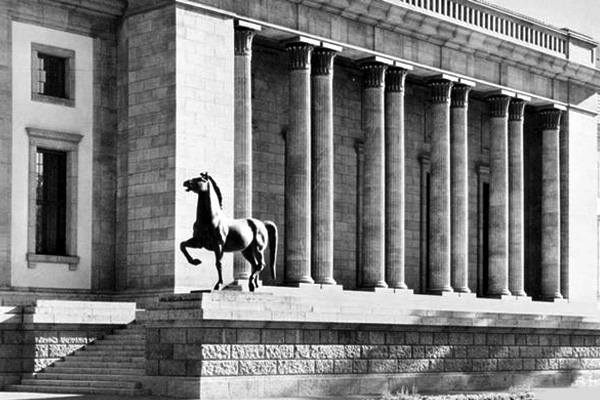 Thorak's "Walking Horses" which are standing with 16 feet high and 33 feet long, once guarded Hitler’s New Reich Chancellery in Berlin, on either side of the stairs to the building. During World War II, they were relocated and in the 1950s, they were seen on a Red Army barracks’ sports grounds in Eberswalde, a town northeast of Berlin in the communist German Democratic Republic, according to Agence France-Presse. When the Berlin Wall fell in 1989, the horses went missing. Speculations were that, they were sold by the GDR.

Police recently started investigating when they learned someone was trying to sell them in the black market. “Thorak worked on statues intended to represent the folk-life of Germany under Nazi coordination; these works tended to be heroic in scale, up to 65 feet,” according to Holland’s German Art Gallery.”  notorious Nazi Albert Speer referred to the sculptor named Josef Thorak in Germany as ‘more or less my sculptor.'”

One of Thorak’s works has been unearthed in a black-market raid. German police discovered two massive bronze Thorak sculptures, dubbed as “Walking Horses,” during an investigation targeting eight suspects in an illegal art trafficking ring, Berlin police spokesman Thomas Neuendorf told. The dealers wanted some $5.6 million for the statues, according to Bild newspaper. 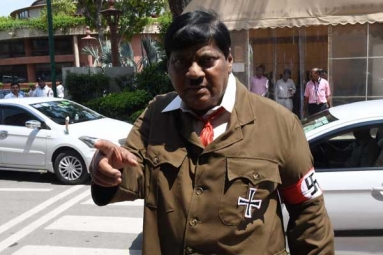 Kevin Spacey to portray Winston Churchill in his next

Burial grounds for the most notorious criminals