According to the Forbes Rich List 2015, Mukesh Ambani has retained his top position as richest Indian. Microsoft founder Bill Gates is in top rank globally with a net worth of 79.2 billion dollars.
https://www.wishesh.com/ 03 Mar, 2015 03 Mar, 2015 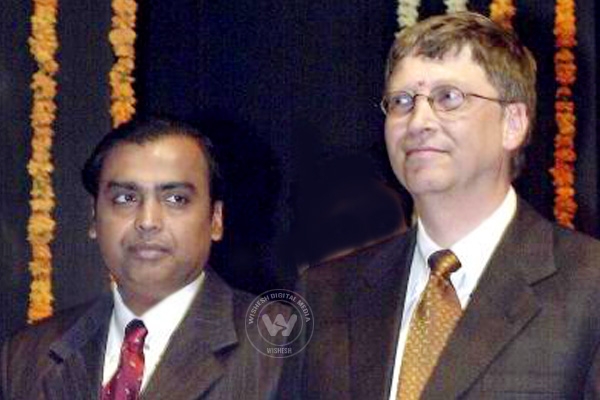 Business tycoon in India Mukesh Ambani has retained his top position as richest Indian, according to the Forbes Rich List 2015. While, Microsoft founder Bill Gates is in top rank globally with a net worth of $79.2 billion.

According to the Forbes Rich List 2015, published on Monday, Mr Ambani(39th globally) is having assents with a net worth of 21 billion USD. Two other Indians found place in 50 top positions, they are, Dilip Shanghvi (44th rank with networth of $20 billion) and Azim Premji (48th with $19.1 billion).

The second richest person on the earth is Mexico's Carlos Slim Helu, and legendary American investor Warren Buffett at the third place. For the first time Facebook founder Mark Zukerberg finds spot in top 20 richest with 16th rank, last time he was in 21st position.

Interestingly 71 newcomers from China dominated in the list of 290 newcomers.