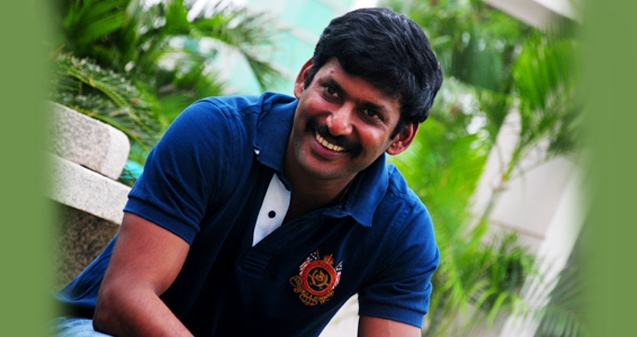 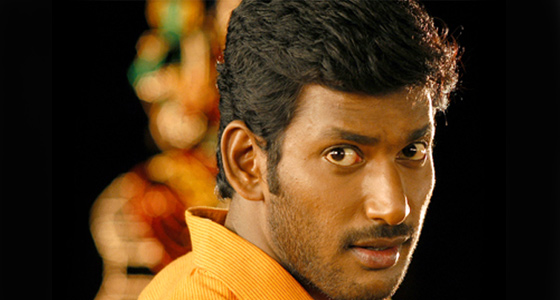 With not even a direct Telugu film, the Telugu speaking Actor, Vishal managed to bag the audience attention with his Tmail films dubbed in Telugu. With not much films, but those films that made him stand out as a versatile Actor, Vishal after a gap of couple of months, is back again with a complete brand new role as ‘Kilaadi’. This Actor talks much more about the film with andhrawishesh team;

I thoroughly enjoyed playing a lead in this film. This is not a entertainer that is limited to any particular genre of audience as such. It is a film that entertains you and nothing more. Of course, there is some psychology factor added to it as well. But, this is the role that I have never played till date in any of my film. Romancing 3 beautiful girls at a time and that too either of them not knowing about this is a mind game. And moreover, there is a lot of humor added to, throughout the film. Of course, this movie caters to today’s generation to a major extent. I am happy that the film is getting good reviews both in Telugu and Tamil. Foe me, playing a ‘kilaadi’ was not a easy task. I had to transform my entire personality, looks and just unlearn all those acting skills my previous roles have taught me, to get that complete fresh look for this film. And when it comes to the title of the film, even this is so apt for the hero’s characterization in the film. If a guy is in love with a girl, he is considered to be normal. If a guy is in love with 3 girls at a time, he is none other than a ‘kilaadi’ (laughs)…

Finally, all our efforts have ended up being a success.

About the maker of this flick

Tiru worked as a assistant Director for my earlier film ‘Salute’. My Brother Vikram Krishna had a plan to launch Tiru as a director. When Tiru had come up with this script, he and my Brother had only one name in mind for the hero in this film and that is me. Even I thought I should not miss such a film after listening to the story. There are n numbers of directors who have one picture in their mind and project another on silver screen. But, Tiru knows what he has to show exactly. And I am happy to have worked with him.

Apart from Tiru, I would also thank my brother Vikram Krishna, producer of this flick of considering me apt for such a challenging role.

About not doing a direct Telugu Film till date

Well, even I would agree to your point. Till date, I wanted to but for many reasons did not have an opportunity to act in a direct Telugu Film. but, I am dubbing for my roles in the dubbed films of mine so, I would not feel much that I am not a part of this Industry. Yes, I would also want to entertain the Telugu audience with a Direct Telugu film and that would happen soon.

About taking much gap in between each film 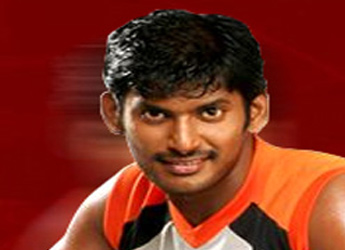 This is definitely not a planned act. I am such a person that to get in and get out of the skin of each role, it would take some time for me, in fact more than for all the other heroes I suppose. This is one of the reason for me not doing films one after the other, continuously. Apart from this, I cannot end up acting in same kind of roles and films. For me, my each film has to have a variation from my previous one. The ratio of success and failures apart, I would not want to be stuck up in any ‘image’ net. I would prefer to be known to people as a good actor rather than a successful hero. All these reasons could be for me not appearing in films more regular.

Working in this film in particular is a different experience all together. I have never worked with more than one heroine in my earlier films. But in this film I had a chance to work with three heroines at a time. Well, it was difficult for that matter. Sharing a screen space with heroines and that too they do not know the language, enacting the situations with them at a time and most important all those romance sequences, oh God! I could not manage. Somehow I have done this in this flick, but I have decided I would not let this repeat in my future films (laughs). Jokes apart, all the three heroines, Sana Jane, TanushreeDatta and Neetu Chandra were amazing artists. Moreover, Neetu had much scope to showcase her acting skills in this role. And even Sara had her share in the film. All these three ladies, despite of not knowing the language enacted their best in the film…

Apart from the rest Prakash Raj Sir, once again was the show staler in this film. He is a versatile Actor. Be it a comedy, action oriented, negative role or whatever, he does the role in such a level that we would end up imagining no one else but only him in the role. I enjoyed working with him as well and his role to the film is a back bone for the success of this film.

‘kilaadi’ is not made to just inculcate a negative thought among any genre of audience. I agree that films play a major mind game among the audience mind. But, this is just an entertainment flick. It is about a guy, who just wants best in his life and with this wish, he chooses to date 3 best girls and choose one among them. But at the end, he realizes what true love is. I suppose audience is clever enough to take what they want from a film…

andhrawishesh team wishes a good luck for this Good Actor!

I was always clear about Raccha' - Director Sampath Nandi