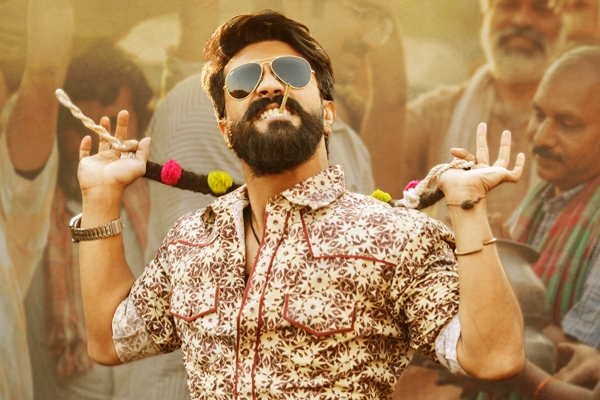 Mega Powerstar Ram Charan scored an earth shattering hit with Rangasthalam which marked the first release of summer this year. Sukumar is the director of this vilage based romantic drama and Samantha is the female lead. Jagapathi Babu, Prakash Raj, Anasuya Bharadwaj and Aadhi Pinisetty played other crucial roles in Rangasthalam.

Rangasthalam crossed Rs 100 crores mark and is still running strong in its fifth week. The movie crossed the magical mark of 3.5 million USD which is huge for a Telugu movie. Devi Sri Prasad composed the music and Mythri Movie Makers are the producers. Ram Charan's stupendous performance and Sukumar's flawless direction made Rangasthalam one of the impressive films of Telugu cinema.