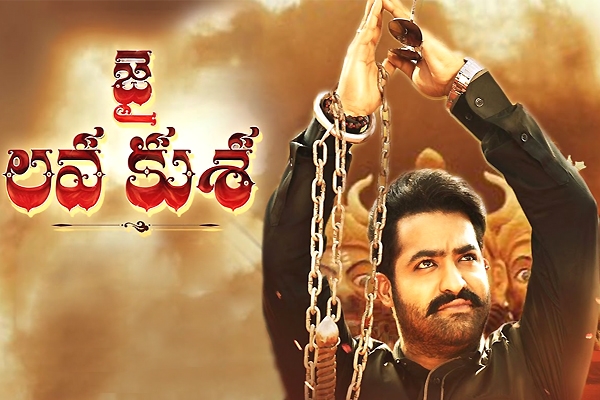 Young Tiger NTR has been quite busy shooting for his next movie titled Jai Lava Kusa which is being made on a massive budget. Touted to be a mass entertainer, KS Ravindra (Bobby) is directing the movie. NTR will be seen in a triple role for the first time in his career with Jai Lava Kusa. Nivetha Thomas and Rashi Khanna are the female leads in Jai Lava Kusa and the shoot of the movie is progressing in Hyderabad. Some crucial action episodes are currently being canned and there are talks that NTR will be seen essaying the role of the antagonist in one of the roles in Jai Lava Kusa.

The makers announced the official release date of the film and Jai Lava Kusa will hit the screens on September 21st all over. Tarak will be coming a week before the Dasara season and he will lock horns with Mahesh’s Spyder and Balakrishna’s Paisa Vasool. Devi Sri Prasad is composing the tunes for Jai Lava Kusa and some top class technicians are working for the film. Nandamuri Kalyanram is bankrolling Jai Lava Kusa on his prestigious NTR Arts banner. Jai Lava Kusa is carrying massive expectations and is one of the most awaited film of the year.