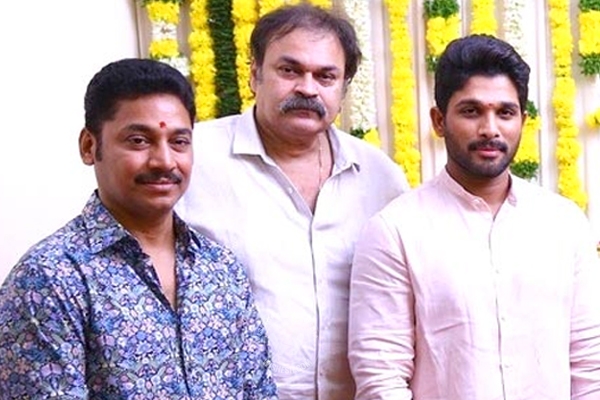 Stylish Star Allu Arjun wrapped up the shoot of Duvvada Jagannadham which has been asked to release on June 23rd. Harish Shankar directed this big budget mass entertainer and Pooja Hegde played the female lead. Produced by Dil Raju, the movie is one of the most awaited films. Allu Arjun has been busy with the film’s promotions and his next movie titled Na Peru Surya has been launched recently. Top writer Vakkantham Vamsi is making his directorial debut with the film.

The regular shoot of Na Peru Surya will start from today and some crucial episodes will be canned for a week. There are several rumours about the film’s female lead however no heroine has been locked till date informed the makers. The first schedule will be canned without the heroine and Vamsi’s team is busy finalizing the actress. Lagadapati Sridhar, Naga Babu and Bunny Vaas are jointly producing Na Peru Surya and the film is all set for February 2018 release.