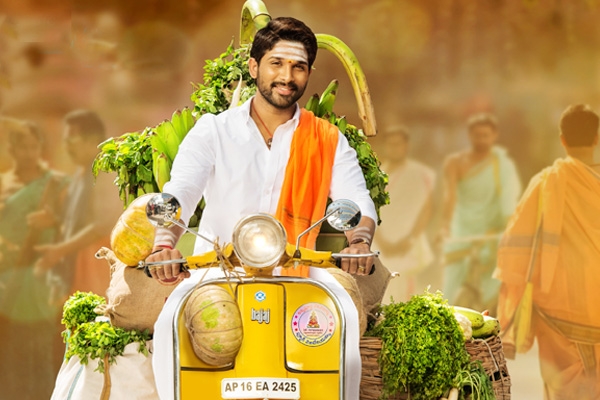 Stylish Star Allu Arjun is one of the promising actors of Telugu cinema. He is currently shooting for his next movie Duvvada Jagannadham which is said to be a mass action entertainer. Harish Shankar is directing the movie and Bunny will be seen in two completely different looks in DJ. Bunny will be seen as a Brahmin in one of the roles and his performance is said to be the major highlight.

The makers released the first look of Duvvada Jagannadham which has been completely impressive. Allu Arjun has been showcased in a traditional role riding a scooter. Showcased in a simple way, Bunny’s smile is the highlight of the poster. Devi Sri Prasad is composing the music and Pooja Hegde is the female lead. Dil Raju’s Sri Venkateswara Creations is producing Duvvada Jagannadham which will release all over on May 19th during summer.