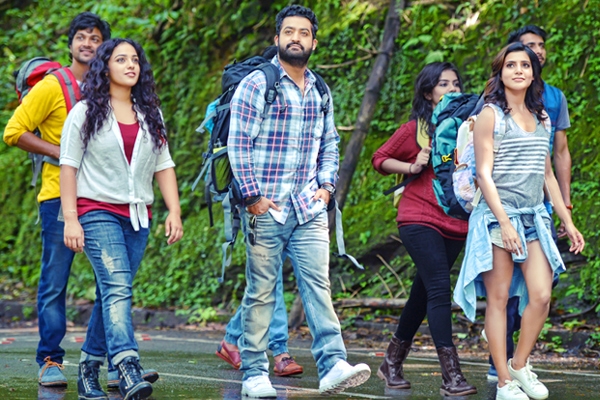 Young Tiger NTR wrapped up the shoot of his next movie Janatha Garage which is said to be a mass entertainer. Koratala Siva directed the film and Samantha, Nithya Menen played the female leads. Janatha Garage has been quite trending all over after the release of the theatrical trailer and the music. Tarak pinned huge hopes on the film and he feels that Janatha Garage is the right movie to make a massive comeback. Janatha Garage has all the commercial ingredients and will appeal to all the sections of audience.

Malayalam Superstar Mohanlal will be seen in a crucial role in the movie and Devi Sri Prasad composed the music. The audio of the film is already a massive hit and Janatha Garage will release in Telugu and Malayalam on September 1st. Mythri Movie Makers are producing Janatha Garage and Tarak has been quite confident on the film’s success. Janatha Garage is one of the most awaited Telugu fillm in the recent times.