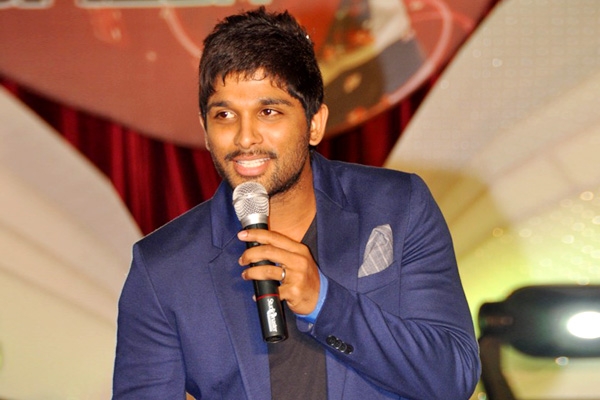 Stylish Star Allu Arjun has emerged as one of the leading actor with his recent movies Race Gurram and S/O Satyamurthy. These movies have recorded huge box-office figures and Allu Arjun has recently received a Filmfare Award as Best Actor for the film Race Gurram. Surendar Reddy directed the movie and Nallamalapu Srinivas (Bujji) produced the movie. Akkineni’s multistarrer Manam received Best Film award for Telugu in the same event and Allu Arjun has taken this to praise the movie.

He also dedicated his award to Legendary actor Akkineni Nageswara Rao who passed away last year. This made Akkineni fans very happy along with the Mega fans. Akhil Akkineni responded tweeting “Thank you Allu Arjun for dedicating your award to ANR and your words”. This is really a moment of pride for everyone. Even Akkineni Nagarjuna has been left delighted with the gesture of Bunny. Allu Arjun will soon start shooting for his next movie in the direction of Boyapati Srinu and Allu Aravind will produce the film on Geetha Arts banner.