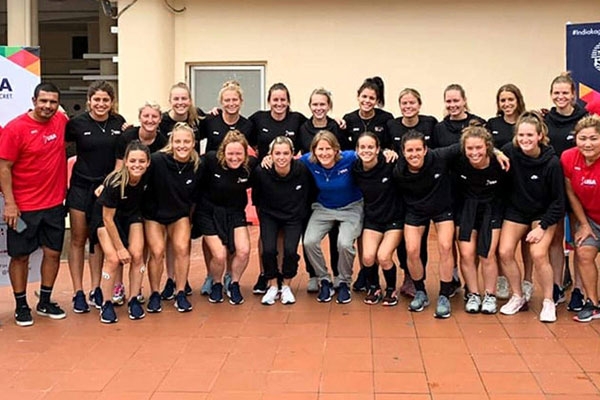 With the FIH Olympic Qualifiers beating round the corner, the USA Women’s Hockey Team has arrived in India to buckle and gear up for the next qualifier round against India. The team is going to be playing against the Indian Women’s Hockey team next month at the Kalinga Stadium in Bhubaneshwar.

Kathleen Sharkey, who is the skipper in the US Women’s Hockey team showed her excitement in playing on the Indian soil. She said that she is hyped to play in a country with such a rich history of hockey.

In one of the official statement released, Kathleen stated saying, “It is exciting to be in India. None of us have been here before but we know India has a great history in hockey and people here are very passionate about the sport with a lot of fans coming to watch the matches live. We saw the Men’s World Cup hosted here in Bhubaneswar. We are looking forward to playing here and take home the experience of playing in one of the world’s most famous city for hockey.”

The last time that India and USA women’s hockey team played against each other was in the 2018 Women’s World Cup in London. Both the team ended the game in a draw of 1-1.

Kathleen further highlighted saying, “Our goal is obviously to qualify for the 2020 Tokyo Olympics. We want to put forth our best in those two games and make sure we play to our potential against India.”

Putting a conclusion to her statement, US team’s head coach Janneke Schopman affirmed saying, “We are well-prepared for the Indian team. They have progressed well over the past year and so have we. We have been following India matches lately. We are expecting close matches and our team is very excited to be here.”

The qualifiers between the Indian and US team are going to be held on November 01st and 2nd at the Kalinga Stadium.