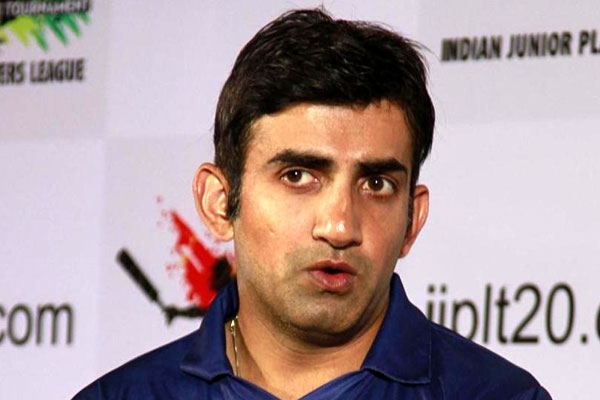 "There can't be conditional bans”: Gautam Gambhir on Playing With Pakistan There could be repercussions and we may not qualify for the semi-finals. No media should blame the Indian team if they plan to boycott playing Pakistan.
https://www.wishesh.com/ 19 Mar, 2019 19 Mar, 2019

"There can't be conditional bans”: Gautam Gambhir on Playing With PakistanCricket

Former Indian Cricketer Gautam Gambhir said that BCCI should decide whether to snap all cricketing ties with Pakistan or play with them in all tournaments.

"I am sure it's going to be difficult for India to boycott them in ICC tournaments but stop playing Pakistan in the Asia Cup,” he said.

The Board of Control for Cricket in India (BCCI) had appealed to the International Cricket Council (ICC) to snap ties with countries from where terror-emanates in a veiled reference to Pakistan. But the request was turned down at the ICC Board meeting in Dubai

He cited England forfeiture of their 2003 world cup match against Zimbabwe.

“England decided in 2003 and they wouldn't go to Zimbabwe, they forfeited. If BCCI decides not to play against Pakistan, everyone should be mentally ready to give those two points," he said.

"There could be repercussions and we may not qualify for the semi-finals. No media should blame the Indian team if they plan to boycott playing Pakistan," he said.

On being asked on what should be done if the two teams meet in the final, Gautam Gambhir said in that case, India should forfeit the final.

He added, "Two points are not that important. Country is important, those 40 soldiers who lost their lives are far more important than a cricket match. If we let go of a World Cup final, the country should be ready for it.”

On taking political plunge, Gambhir said “All my life I have only played cricket and my family needs to be convinced. I have heard from people that full-time politics can change people. But I have two little daughters. I need to spend time with them. I have also heard rumours but right now, I will be doing commentary for Star Sports during IPL.”