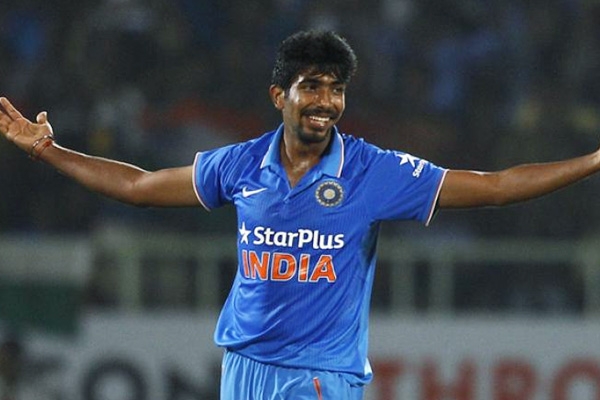 Bumrah: Everybody Could Have Taken More Responsibility I was just focusing on what my strengths are what the wicket was because the wicket was a little difficult to bat on. It’s not easy to score heavily on this wicket
https://www.wishesh.com/ 25 Feb, 2019 25 Feb, 2019

Bumrah: Everybody Could Have Taken More ResponsibilityCricket

India Vs Australia : India Faces defeat In first T20 International match in a close encounter in Visakhapatnam as Australia won by three wickets on last ball of the match.

India ‘s best bowler of the match Jasprit bumrah who almost pulled off the match into India’s favour in penultimate over where he took two wickets back-to-back defended senior bowler Umesh Yadav when asked about the last over.

In a post match press conference Bumrah said, “This happens, death bowling is always difficult in any situation. It always goes both ways and it’s sometimes 50-50.”

Bumrah who picked up 3 wickets and just gave 16 runs said, “You try your best, and you’re clear in your execution. Some days it works, some days it doesn’t. Nothing to be worried. We wanted to close the game in our favour but it’s okay.”

“It’s a little different once you know your target. It was a small target, so once you hit one boundary then you don’t need to take a lot of risks. At first, we are still figuring out what is the safe total so I think that was a difference maybe. They were were rotating the strikes after hitting a boundary,” he said.

“We almost pulled off this game. But on this wicket, around 140-145 would have been a very good score. There was low bounce and it was difficult to hit big shots. It’s always difficult to chase on these kind of wickets,” he said.

“I was just focusing on what my strengths are what the wicket was because the wicket was a little difficult to bat on. It’s not easy to score heavily on this wicket,” said Bumrah.

On MS Dhoni’s batting he said, “We were just trying our best. He was just trying to take the game deep and trying to get us to a safe total which he tried. I think he gave us a total something we could fight for.”

“It’s always good when you got competition in the team. He (Rahul) looked the best batsman. He was playing with a lot of composure. He started off playing good shots and he was paying conventional shots. So it’s very good when a player like him is back in form.”