Three Aspects Of The Divine Mother 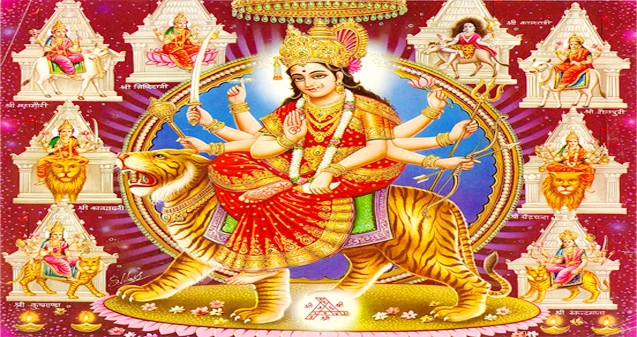 Antahkarana is a broad term used in vedanta which includes manas, mind; buddhi, intellect; chitta, subconscious mind and ahamkara, egoism. Manas is that aspect of the mind which is constantly in doubt, unsure of whether a something should be done or not. For example, should one should buy a car or a motorcycle?

Intellect is the determining faculty that sheds doubt and takes a firm decision one way or other like ‘I ought to go to Mumbai by today’s flight’. Chitta is that aspect of mind that does concentration and enquires into the nature of things. The function of memory falls in the domain of chitta.

Ahamkara is the self-arrogating principle that performs the function of abhimana or egoism. It creates mamata or mine-ness and is therefore the root cause of all human suffering.

Mind is under the constant sway of the three gunas or qualities of prakriti, namely, sattva, rajas and tamas. Sattva represents purity or light; rajas is passion or activity and is born of trishna or intense desire; while tamas is inertia or darkness and represents crudeness. It is ajnanajam, born of ignorance, the cause of delusion.

Each of these three gunas is represented by a colour. Sattva is associated with white, the colour of purity. It is that aspect of the Divine Mother who is invoked as Goddess Saraswati. According to the Gita, sattva binds by attachment to happiness and knowledge; it is luminous and healthy.
Rajas is associated with the colour red and is that aspect of the Divine Mother invoked as Goddess Lakshmi. The very nature of rajas is activity, passion and ambition. The rajasic person hankers after power, position, name, fame and comforts, and is a hardcore materialist.

Tamas is associated with the colour black represented by that aspect of the Divine Mother who is invoked as Goddess Kali. Tamas, according to the Gita, is born of ignorance and binds fast in heedlessness, sleep, indolence, laziness. The tamasic person is basically lethargic and lacks the power of discrimination.

Preponderance of rajas results in constant kshipta or wandering of the mind that becomes slave to various sensual objects. When the mind is filled with tamas, it becomes forgetful and deep sleep supervenes. If sattva dominates the mind, thoughts of God, brahmn-vichara, enquiry into truth, will manifest. The mind becomes one-pointed and the seeker enters into a meditative mood spontaneously.

Significantly, sattva is always mixed with rajas and tamas; it does not exist in isolation. Hence it is important for the seeker to increase the sattvic modifications like forgiveness, love, mercy, magnanimity, generosity, and truthfulness, in relation to the other two gunas in order to experience joy, purity, peace and, ultimately, spiritual enlightenment.

The seeker’s mind, however, often becomes restless because of constant internal warfare that occurs between asuras or demons representing the lower diabolical nature in man and suras or gods representing the higher sattvic vrittis or mental modifications. As a result, he finds it difficult to delve deep into the innermost recesses of his being and experience perfect equanimity.

On Durgashtami day, the seeker bows before the image of Mother

Kali---Durga the Terrible—in supplication, praying fervently that the asuras, that pose a big obstacle on the spiritual path, may be vanquished in order that he could gain access to the higher, subtle realms of consciousness and experience oneness with the Divine Mother.