Andhrawishesh provides latest news from andhra and the India, I am in love with Comedy Avasaraala Srinivas, All those who has seen and enjoyed watching Indraganti Mohan Krishna’s directorial ‘Asta Chamma’, enjoyed Avasaraala Srinivas’s comedy, his tall and lean body language and his facial expressions, his performance skills, apart from the other star cast ka performance and the story of the film.
https://www.wishesh.com/ 23 Aug, 2011 23 Aug, 2011

‘I am in love with Comedy’ – Avasaraala Srinivas

‘I am in love with Comedy’ – Avasaraala Srinivas

All those who has seen and enjoyed watching Indraganti Mohan Krishna’s directorial ‘Asta Chamma’, enjoyed Avasaraala Srinivas’s comedy, his tall and lean body language and his facial expressions, his performance skills, apart from the other star cast ka performance and the story of the film. Soon, this Actor has become a wanted for many film makers. And this made Srinivas to continuously act in films such as ‘Saradaaga Kaasepu’ a Vamsi Directorial and the recent release V.N. Aditya’s directorial ‘Mugguru’ that is produced by Movie Moughal Dr. D. Rama Naidu. With his way towards every step of success, right from holding a Job in an MNC in America to being an Actor for that matter an entertainer in Telugu Cinema, Avasaraala Srinivas has come a very long way. Read further, to what this young actor has to say about his Journey in Telugu Cinema, about his passion, future plans and about his recent release ‘Mugguru’;

I am glad that I am a part of one of the biggest projects, ‘Mugguru’ that has released on August 19th. The film, directed by one of the well known director of T – Town V.N. Aditya Sir. Movie Moughal Dr. D. Rama Naidu produced this film. What more an Actor like me would look for. ‘Mugguru’ has been made and released with the intention to entertain the audience who come to theaters to forget all their problems and enjoy watching the film. I feel, Me, Navadeep and Rahul have worked very hard to make our acting skills work positive for the film. The Movie is getting mixed reviews as of now. But, there are many others who are positive about the film. We are sure that the film will soon get into many audience mind, and turn out to be a block buster, because it is based on Comedy. Comedy is one such jorner that no matter what never turns out to be a flop, if worked out with a perfect timing. And we all Artists have done everything to entertain the audience. And moreover, the USP of the film being Bramhanandam, who is an Veteran Comedian, there is no chance of the film being a non entertainer.

From a Corporate to ‘Asta Chamma’, a long Journey

I am glad that, it did not take much of a time for me to settle down as an Actor in this industry. It is not that Acting has come my way just like that. I always wanted to be an Actor. I have also done a Diploma in Theater Arts in America, apart from working. When I have come to know, director Indraganti Mohan Krishna is looking for some new faces in his debutant film ‘Ashta Chamma’, I have tried my luck by giving auditions and as a result, ‘Ashta Chamma’ has worked positive for me. may be the type of character I have played in this film, the role being so very entertaining, everyone remembered even me apart from the other leads in the film, that in turn got me all the offers and the image on which I am stable today.

Many ask me, if given chance weather I would transform myself into a complete Hero ka image. But, I am totally passionate about Comedy and prefer only excelling in only this jorner. Yes, if given a chance I would always try doing many other jorner roles too, but Comedy would be my first priority. I am here to do more and more films, not to create any image for me, that would in turn become a hurdle for my career.

Initially, like any other worried parents, even my parents were not in favor of me quitting my job and joining films. But, I was pretty confident about serving my passion. But once I became successful, even they started believing in me now. And thanks to my elder brother, who has always been supportive and till date, makes sure he would be beside me, whenever I need him. I wish to do more and more films and in turn earn more success, so that the believe that my family kept on me would turn out to be positive.

I have studied about direction and all the departments of making a film, as a part of my Diploma Course. Yes, I do have plans to make films. But, not in next couple of years atleast. Let me first establish myself as an Actor. Then I will look forward to direct the film. and yes, even if I tend to become an director, even then I will look forward to make entertaining films, as I enjoy watching them as an audience and prefer making those films to make many other people enjoy.

Well, it is good to see that Actors like Avasaraala Srinivas are looking forward to establish their career as Actors, with no god father for them and only acting talent being a Soul. And yes, this is more than enough. 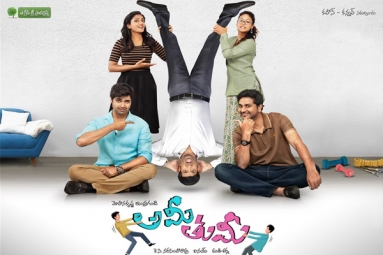 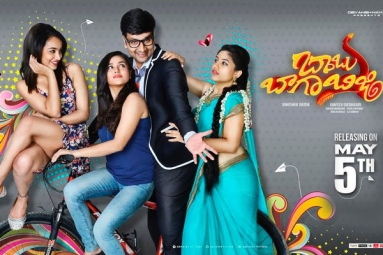